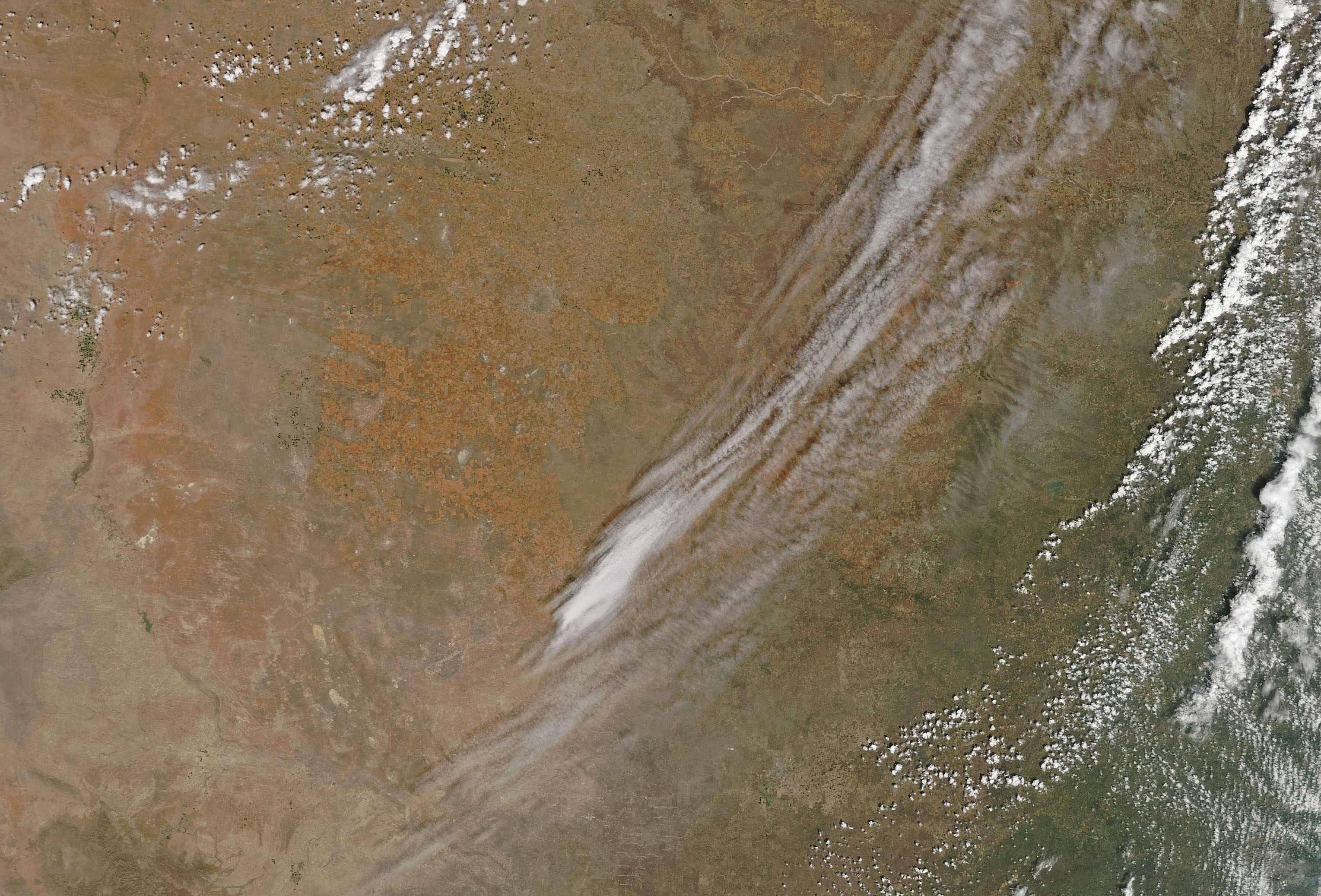 Today’s Image of the Day comes from the NASA Earth Observatory and features a look at dangerous fires blazing across western Oklahoma.

A perfect storm of hot temperatures, prolonged drought, and blustery winds exacerbated the issue, as the fires continue to move through prairie grass and pasturelands.

This image was captured by the Moderate Resolution Imaging Spectroradiometer on board the Terra satellite.

Oklahoma (/ˌoʊkləˈhoʊmə/ (listen); Cherokee: ᎣᎦᎳᎰᎹ, ogalahoma; Choctaw: Oklahumma)is a state in the South Central region of the United States, bordered by the state of Texas on the south and west, Kansas on the north, Missouri on the northeast, Arkansas on the east, New Mexico on the west, and Colorado on the northwest. It is the 20th-most extensive and the 28th-most populous of the 50 United States. Its residents are known as Oklahomans (or colloquially, “Okies”), and its capital and largest city is Oklahoma City.

The state’s name is derived from the Choctaw words okla and humma, meaning “red people”. It is also known informally by its nickname, “The Sooner State”, in reference to the non-Native settlers who staked their claims on land before the official opening date of lands in the western Oklahoma Territory or before the Indian Appropriations Act of 1889, which increased European-American settlement in the eastern Indian Territory. Oklahoma Territory and Indian Territory were merged into the State of Oklahoma when it became the 46th state to enter the union on November 16, 1907.