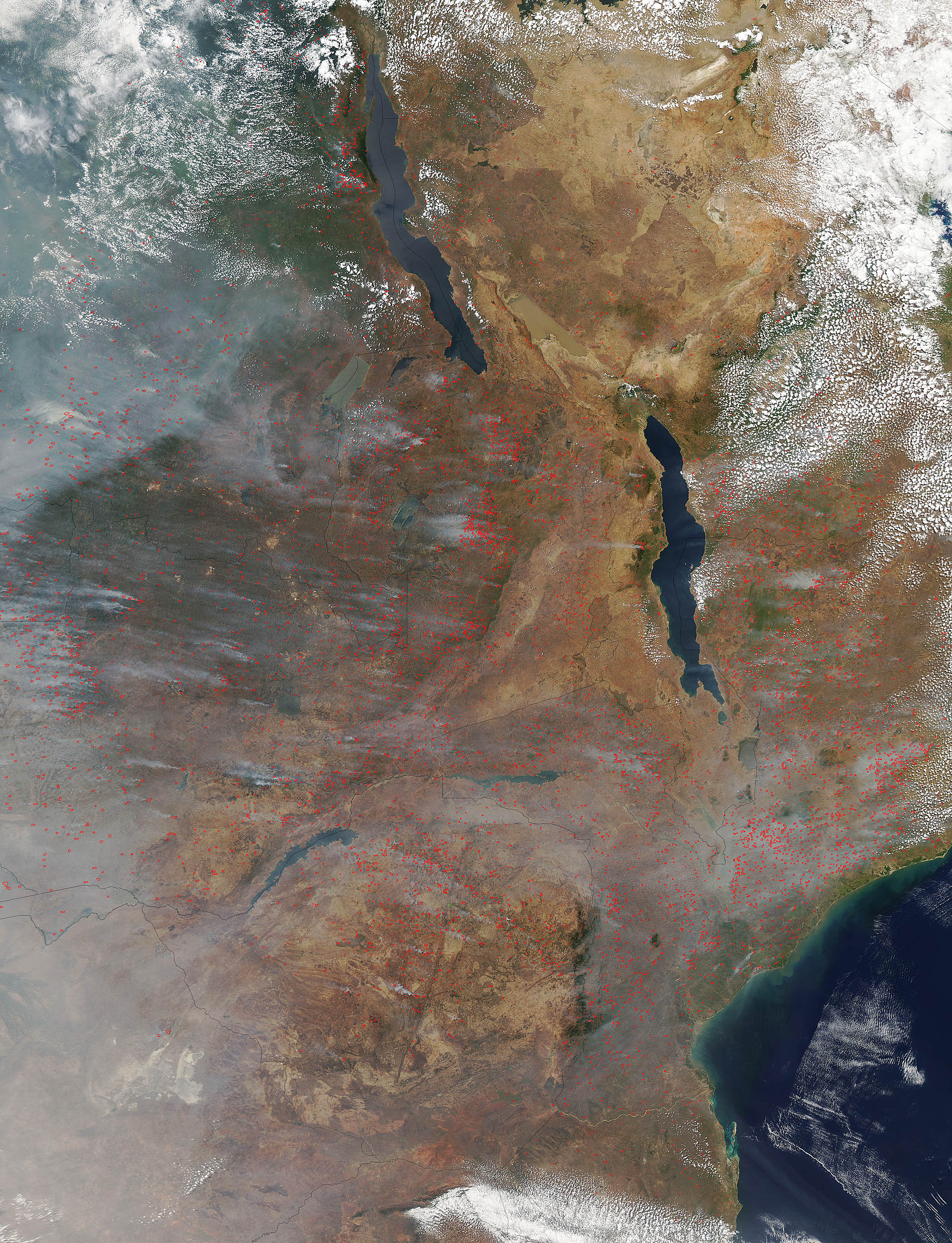 The fires are clustered in the countries around Lake Tanganyika (north) and Lake Malawi (south). The countries where fires cluster densely includes, from northwest clockwise: Democratic Republic of the Congo, Tanzania, Malawi, Mozambique, Zimbabwe, and Zambia. Heavy smoke accompanies the fires and smoke also has been blown across the region, especially over South Africa and Botswana in the southwest section of this image.

Each red hot spot, which appears as a red mark, is an area where the thermal detectors on the MODIS instrument recognized temperatures higher than background. When accompanied by plumes of smoke, as in this image, such hot spots are diagnostic for fire.

The location, widespread nature, and number of fires suggest that these fires were deliberately set to manage land. Farmers often use fire to return nutrients to the soil and to clear the ground of unwanted plants. While fire helps enhance crops and grasses for pasture, the fires also produce smoke that degrades air quality. Therefore the red hot temps and spots around the area.