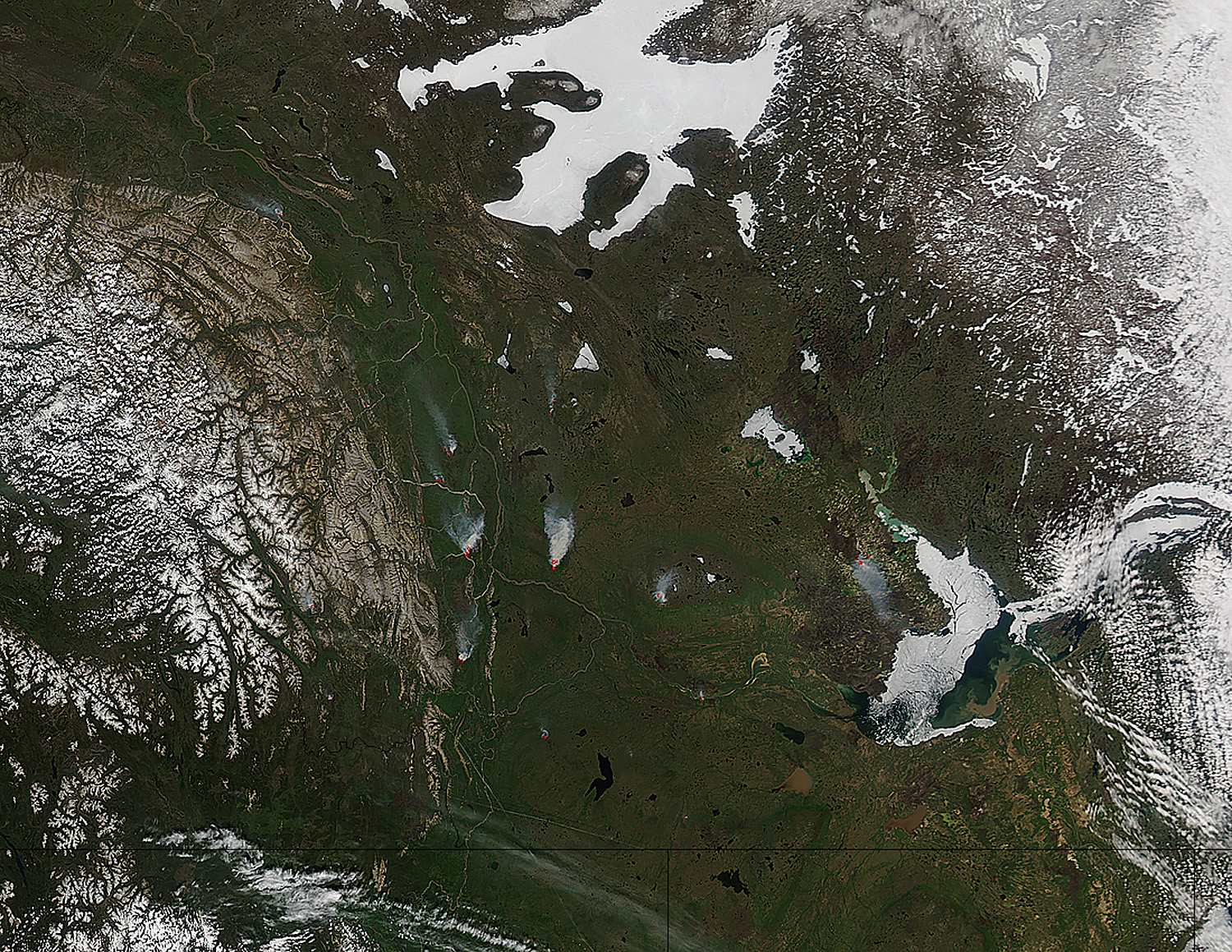 Due to a dry spring, forecasts suggested that the territory would see above-average fire danger in May and June. The May 29 wildfire situation report, issued by the Northwest Territories Department of Environment and Natural Resources, noted that there have been 46 total fires so far in 2015 affecting 406 square kilometers (157 square miles). Two of the three most recent fires prior to the report were caused by people: one from an abandoned campfire and another from grass burning. The third was caused by lightning. According to news reports, the summer season in the Northwest Territories was expected to see a return to more normal fire conditions.

Meanwhile, fires burning in Alberta, Canada, (south of this image) displaced thousands of residents and led some energy companies to suspend oil operations. CBC News reported that as of May 28, the Wabasca wildfire was under control, but dry conditions in that province remained a concern. Lighting was responsible for almost half of the 44 fires burning on May 28 across the province.