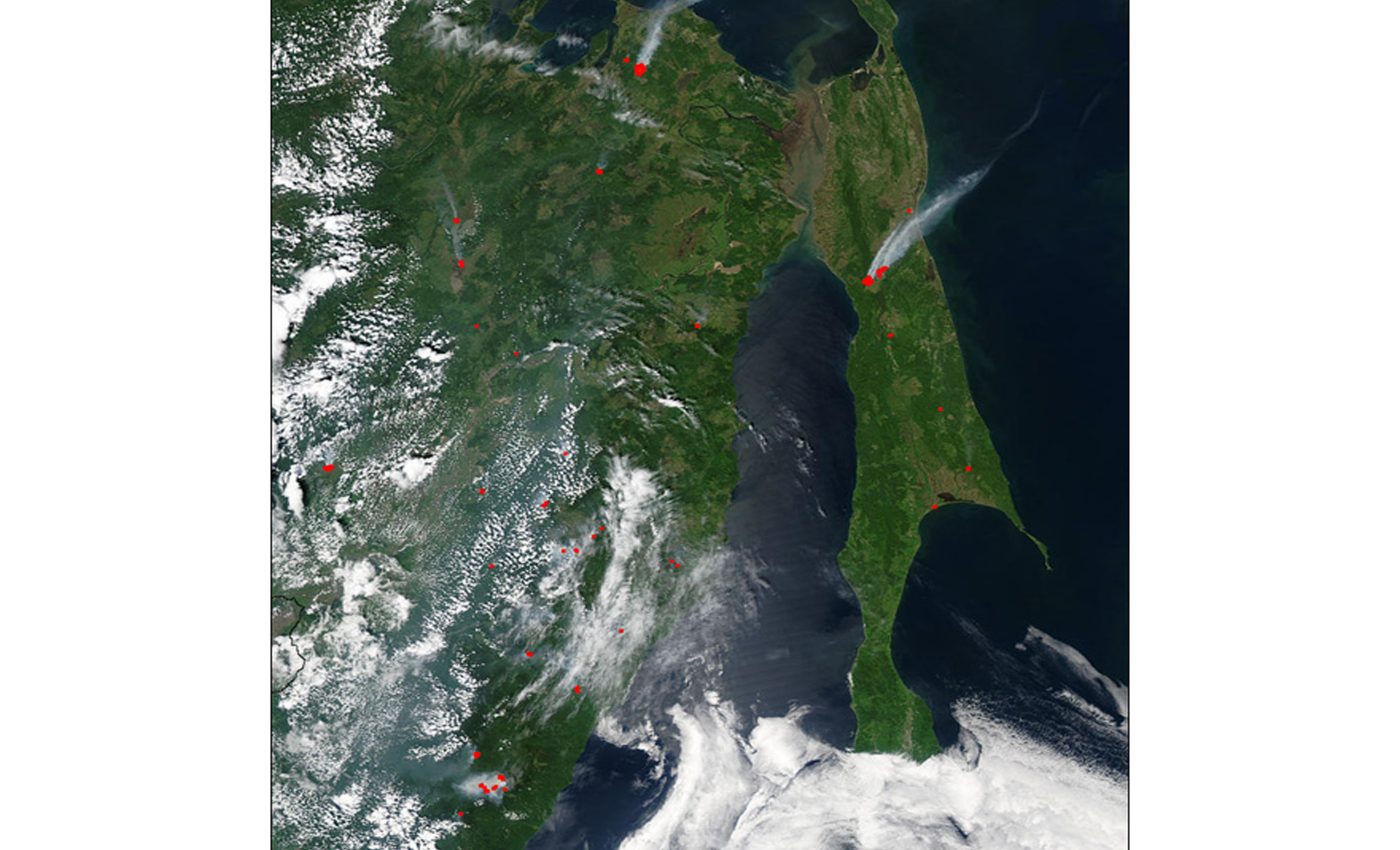 This true-color Moderate Resolution Imaging Spectroradiometer (MODIS) image from the Aqua satellite on July 1, 2003, shows numerous fires in eastern Russia (left) and on Sakhalin Island (right). The fires, some of which are producing thick plumes of white smoke, are marked with red dots.
The high-resolution image provided above is 500 meters per pixel. The

Sakhalin was claimed by both Russia and Japan over the course of the 19th and 20th centuries. These disputes sometimes involved military conflict and divisions of the island between the two powers. In 1875, Japan ceded its claims to Russia in exchange for the northern Kuril Islands. In 1905, following the Russo-Japanese War, the island was divided, with the south going to Japan. Russia has held all of the island since seizing the Japanese portion—as well as all the Kuril Islands—in the final days of World War II in 1945. Japan no longer claims any of Sakhalin, although it does still claim the southern Kuril Islands. Most Ainu on Sakhalin moved to Hokkaido, only 43 kilometres (27 mi) to the south, when the Japanese were displaced from the island in 1949.