Fires In Venezuela And Colombia 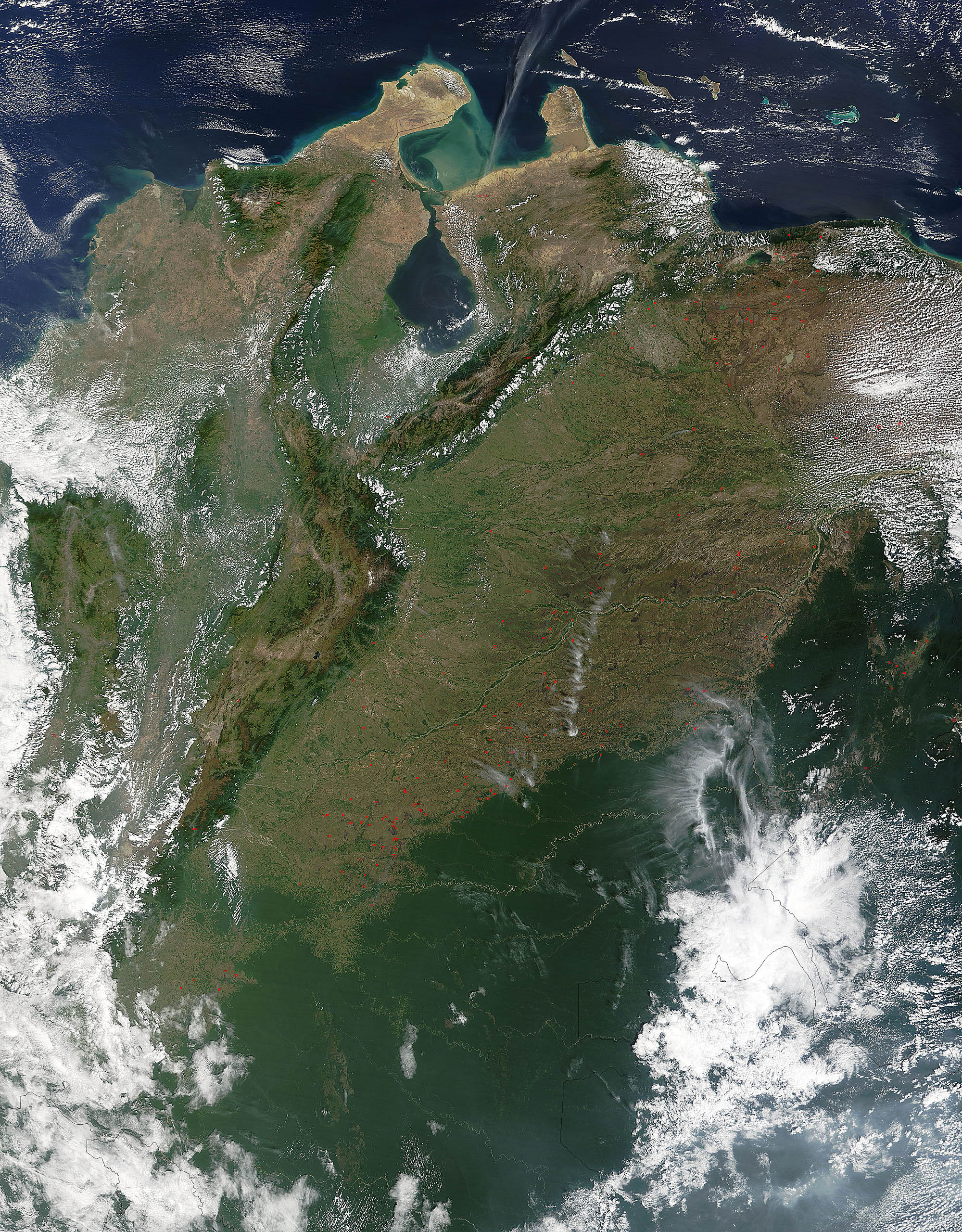 Fires In Venezuela And Colombia. Dozens of fires speckled the landscape of Columbia (west) and Venezuela (east) in mid-January 2016. The Moderate Resolution Imaging Spectroradiometer (MODIS) aboard NASA’s Terra satellite captured this true-color image of the scene on January 17.

The fires seem to be more active around the Caracas and Valencia areas of Venezuela and in the El Tuparro National Park area of Colombia, although fires are scattered throughout the region. A light haze of smoke covers almost all of the two countries, and a heavy shroud of smoke mingles with the cloud in southern Venezuela and northern Brazil. The time of year and the widespread nature of the fires suggests they are primarily agricultural in origin. Agricultural fires are deliberately set by humans in order to manage cropland or pastureland. Fires In Venezuela And Colombia therefore the humans have to manage.

Colombia is ethnically and linguistically diverse, with its rich cultural heritage reflecting influences by various Amerindian civilizations, European settlement, forced African labor, and immigration from Europe and the greater Middle East. Urban centres are concentrated in the Andean highlands and the Caribbean coast.

Colombia has been inhabited by various American Indian peoples since at least 12,000 BCE, including the Muisca, Quimbaya, and the Tairona. Spaniards arrived in 1499 and by the mid-16th century annexed part of the region, establishing the New Kingdom of Granada, with Santafé de Bogotá as its capital