Flooding of the Mekong in Cambodia and Vietnam • Earth.com

Flooding of the Mekong in Cambodia and Vietnam 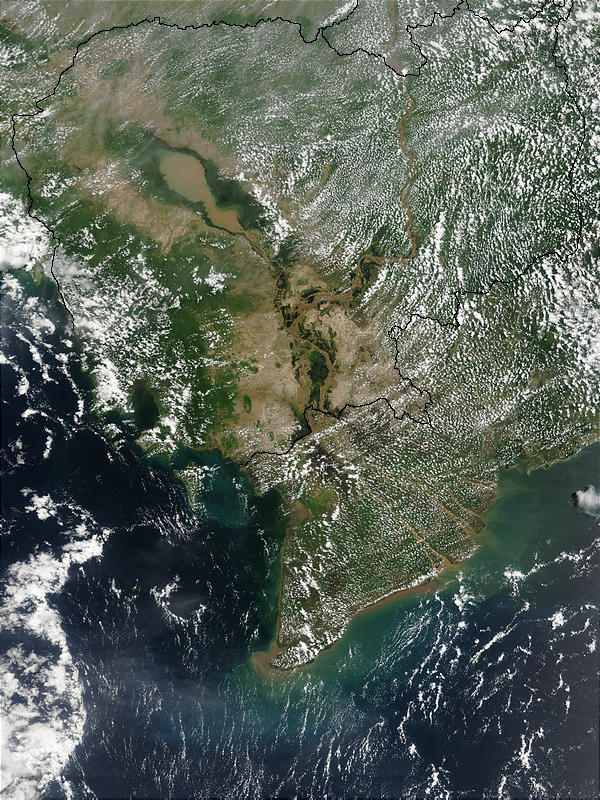 This series of Terrand And Aqua MODIS images from August 2002 shows flooding in the Mekong River Delta in southeast Asia. Therefore In the false-color images black represents open water. As well as green represents land, cyan represents low-level water clouds, white represents high-level ice clouds. Also bright blue represents flooding in the marshlands. Although Notice that the river outflows into the sea are the same bright blue color as the flooded, inland areas. Therefore That is because in both cases, the color is the result of sunlight inbterating with soil (sediment) and water. In these images from August 1, 28, and 29, 2002, Cambodia is in the image center. And Vietnam is at right.
The Mekong River flows from Cambodia down into southern Vietnam. Also where it breaks into four smaller rivers to form the Mekong Delta and empty into the South China Sea. The flooding is due to heavy seasonal rains that last from July to November. The flooding is occurring in low-lying areas used to grow crops such as rice, and this year the normal seasonal rains have been augmented by run-off from massive floods in China.