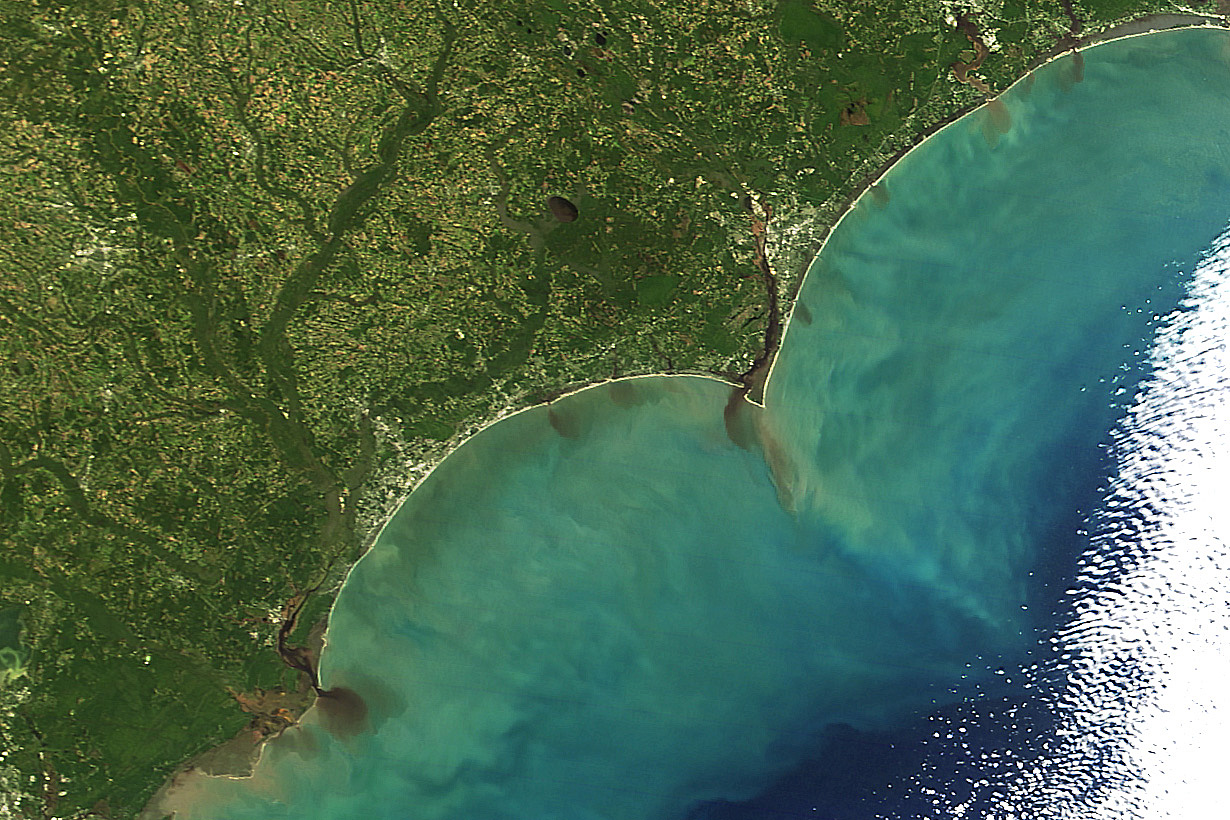 Though its winds had weakened as it moved north, Hurricane Matthew delivered record-breaking rainfall to parts of Georgia, South Carolina, North Carolina, and Virginia. In many coastal areas, the storm dumped well over 12 inches (30 centimeters) of water.

On October 9, 2016, the Moderate Resolution Imaging Spectroradiometer (MODIS) on NASA’s Terra satellite captured this image of floodwaters laden with sediment pouring out from several rivers in North Carolina and South Carolina. Colored dissolved organic matter may have contributed to the dark color of the river water as it spilled into the Atlantic Ocean.

The rain combined with intense storm surges left many communities swamped and reeling. At least 10 people died in North Carolina; several of them were swept away in cars while attempting to drive. Authorities have rescued thousands of other people from homes and cars. More than 1,500 people were stranded in Lumberton, North Carolina, according to news reports.