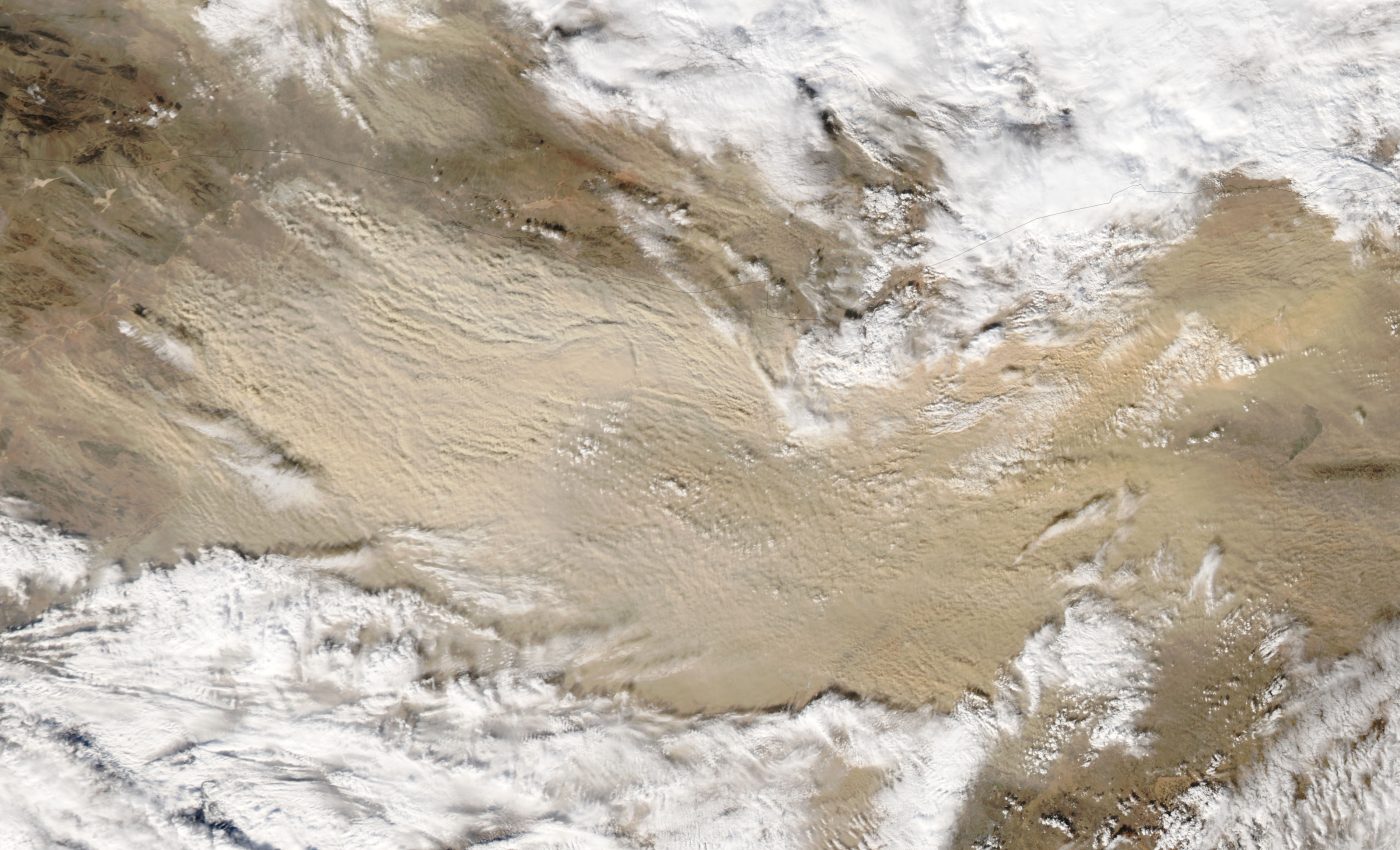 Dust from the Gobi Desert blew eastward in late April 2011. Arising from sources both north and south of the Mongolia-China border, the plumes merged into a veil of dust spanning hundreds of kilometers. The Moderate Resolution Imaging Spectroradiometer (MODIS) on NASA’s Aqua satellite captured this natural-color image on April 29, 2011.

The sparsely vegetated grasslands of the Gobi frequently give rise to dust storms, especially in springtime. The same desert, however, provides something more fun: fossils. South of the Mongolia-China border lie large expanses of sandy desert, including the Badain Jaran Desert, home to some of the world’s most complex sand dunes.

The Gobi Desert (/ˈɡoʊbi/) is a large desert or brushland region in Asia. It covers parts of Northern and Northeastern China and of Southern Mongolia. The desert basins of the Gobi are bounded by the Altai Mountains and the grasslands and steppes of Mongolia on the north, by the Taklamakan Desert to the west, by the Hexi Corridor and Tibetan Plateau to the southwest and by the North China Plain to the southeast. The Gobi is notable in history as the location of several important cities along the Silk Road.

The Gobi is a rain shadow desert, formed by the Tibetan Plateau blocking precipitation from the Indian Ocean reaching the Gobi territory.