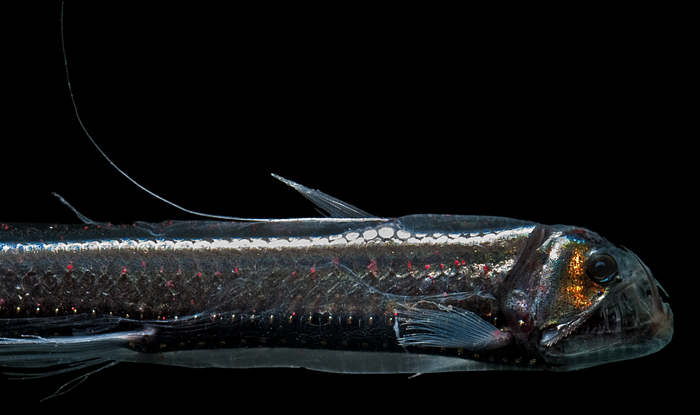 This Gonostoma elongatum, a mid-water fish is an example of a midwater fish.

The fossil record of this family dates back to the Miocene epoch. Living bristlemouths were discovered by William Beebe in the early 1930s and described by L. S. Berg in 1958.

The fish are mostly found in the Atlantic, Indian, and Pacific Oceans, although the species Cyclothone microdon may be found in Arctic waters. They have elongated bodies from 2 to 30 cm (0.79 to 11.81 in) in length.

They have a number of green or red light-producing photophores aligned along the undersides of their heads or bodies. Their chief common name, bristlemouth, comes from their odd, equally sized, and bristle-like teeth. They are typically black in color which provides camouflage from predators in deep, dark waters.