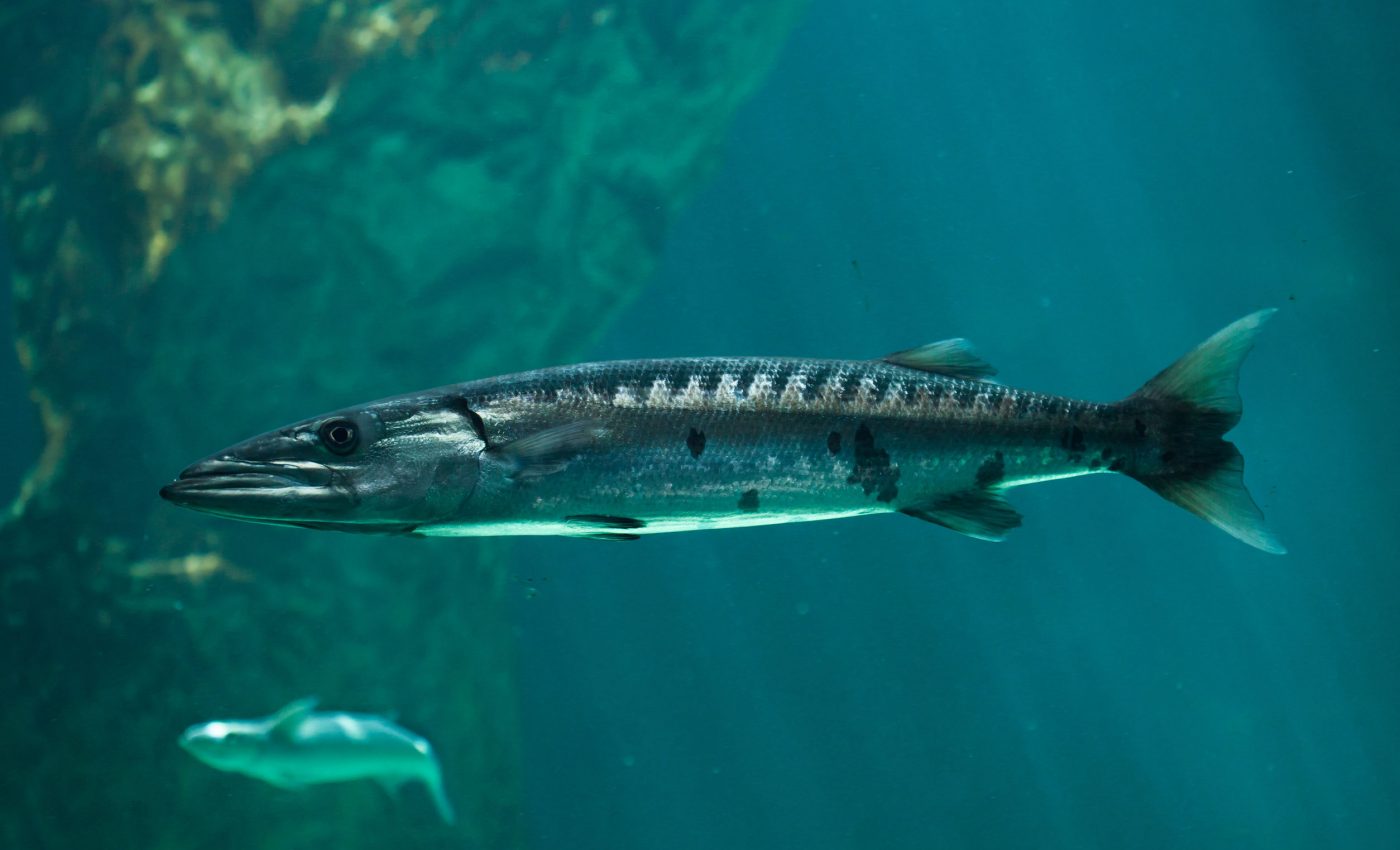 Although the Barracuda is a fish eater and general carnivores, are one of the top predators of the reefs ecosystem using their speed and sharp teeth to catch their prey.

You’ll find the barracuda in tropical and sub-tropical oceans worldwide ranging from the eastern border of the Atlantic Ocean to the Red Sea.

In most cases, a barracuda is dark gray, dark green, white, or blue on its upper body, with silvery sides and a chalky-white belly. Coloration varies somewhat between species.

For some species, irregular and unorganized black spots or a row of darker cross-bars occur on each side.