Haze and Smog in Northern India and Bangladesh • Earth.com Haze

Haze and Smog in Northern India and Bangladesh 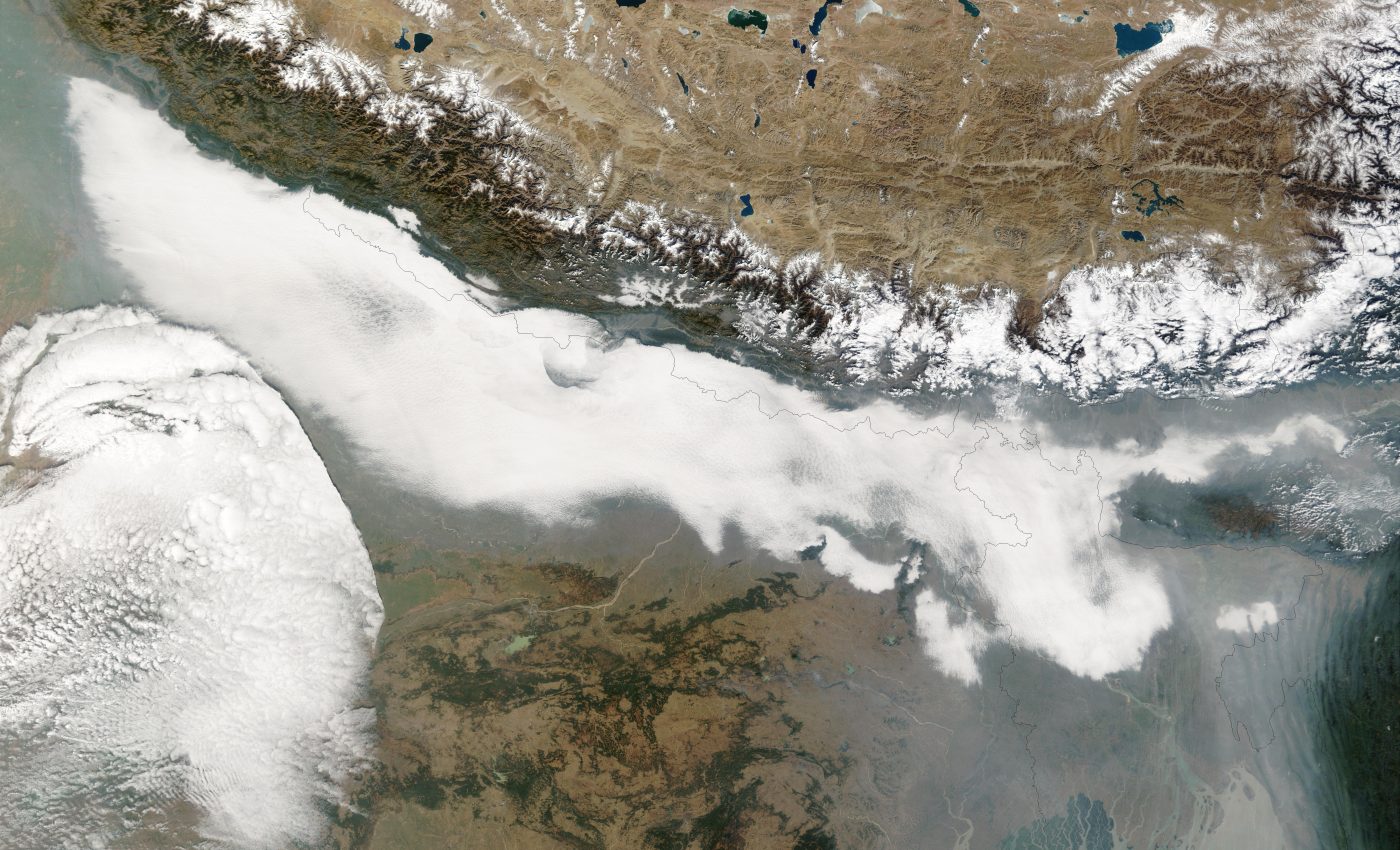 Air pollution in Haze and Smog in Northern India and Bangladesh is a severe and persistent problem at the foothills of the Himalaya Mountains in Pakistan, India, and Bangladesh. The haze and pollution back up against the mountains and remain for weeks at a time, posing a severe health hazard. In addition, scientists are beginning to gather evidence that the widespread and persistent nature of the pollution is even modifying the regional weather.

Although particularly rainfall patterns. The pollution comes from inefficient wood and dung-fueled heating and cooking devices, as well as forest fires and industrial and urban pollution.

These images were acquired by the Moderate Resolution Imaging Spectroradiometer (MODIS) on the Aqua and Terra satellites.

In the images centered farter west, such as the one from January 7, 2003, the Indus River runs north-south along the left edge, and Pakistan is visible west of India. Also the Haze and Smog in Northern India and Bangladesh has caused the images to show a lot of white clouds. Showing there is a lot of smog pollution.