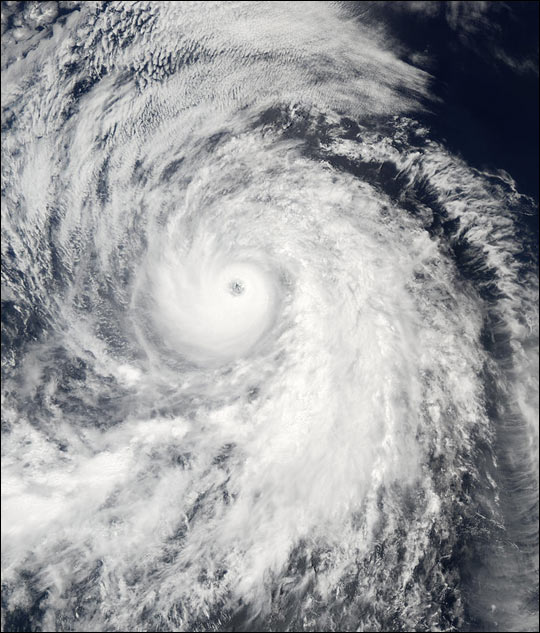 This true-color image of Hurricane Fausto was acquired August 24, 2002 by the Aqua MODIS instrument. Fausto started out on August 21st as a tropical depression, but later that same day was upgraded to a tropical storm. Less than 24 hours later, Fausto officially became a hurricane.

Fausto spent six days as a hurricane, from August 22 to 26, peaking on the 24th as a level four hurricane (as shown in this image) with winds of 125 knots (1 knot = 1.15 mph) and gusts of up to 150. Fausto whirled northwest throughout the eastern Pacific Ocean and caused waves between 13 and 18 feet in height. But by noon on the 26th, Fausto was downgraded to a tropical storm when its winds fell below 64 knots.