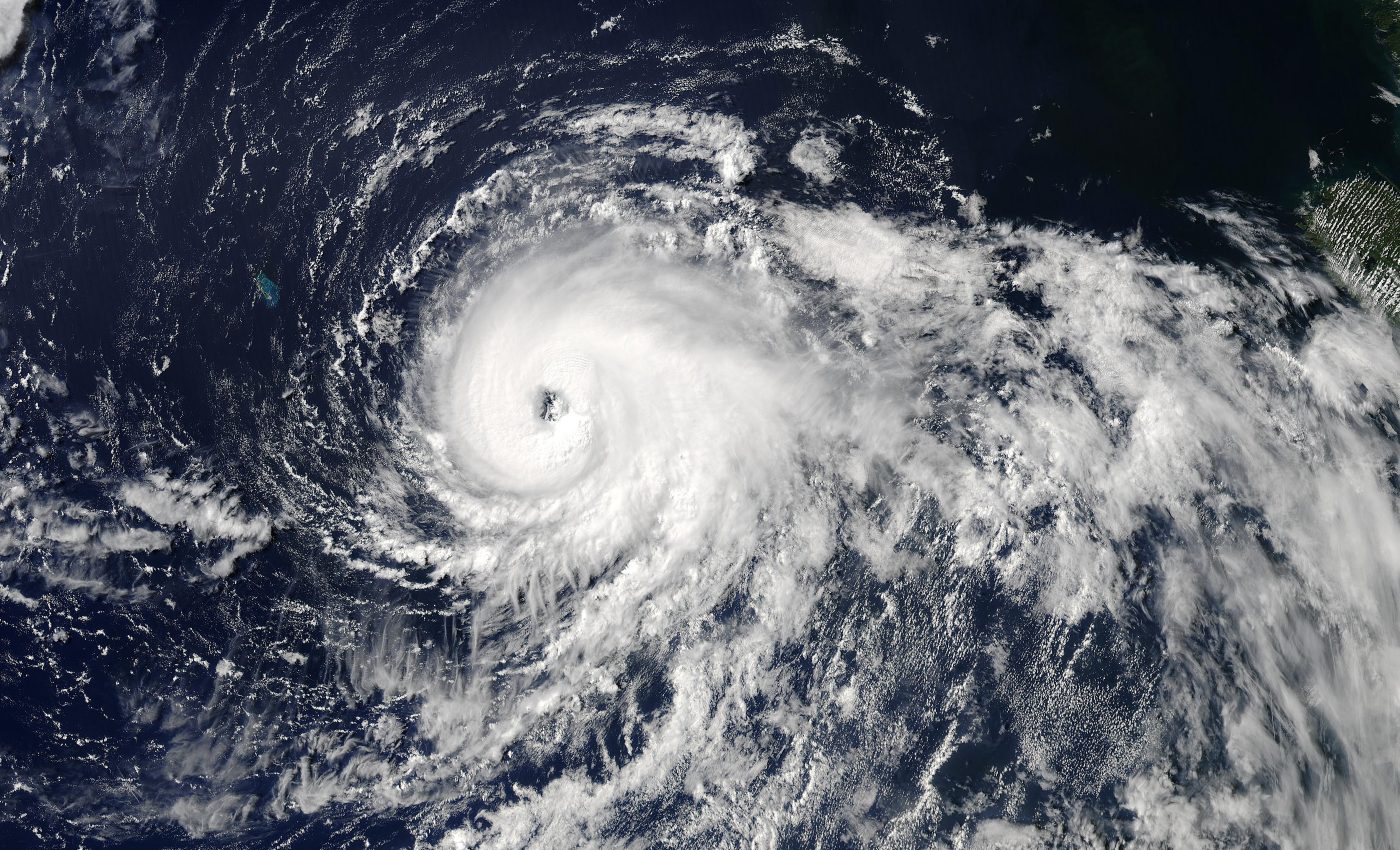 The Moderate Resolution Imaging Spectroradiometer (MODIS) instrument onboard NASA’s Aqua satellite captured this true-color image of Hurricane Juan approximately 645 miles south of Halifax, Nova Scotia. At the time this image was taken on September 27, 2003, Juan was packing sustained winds of 85 mph and was moving to the north-northwest at 7 mph.

Hurricane Juan was a significant tropical cyclone that heavily damaged parts of Atlantic Canada in late September 2003. Juan is also the first hurricane name and one of two to be requested to be retired by the Meteorological Service of Canada (the other being Igor of 2010). It was the tenth named storm and the sixth hurricane of the 2003 Atlantic hurricane season. Juan formed southeast of Bermuda on September 24 from a tropical wave that had tracked across the subtropical Atlantic Ocean. It tracked northward and strengthened over the warm waters of the Gulf Stream, reaching Category 2 strength on the Saffir-Simpson hurricane scale on September 27. The hurricane peaked in intensity with sustained winds of 105 mph (165 km/h) that same day, losing some strength as it raced over cooler waters toward the coast of Nova Scotia. Juan made landfall between Shad Bay and Prospect in the Halifax Regional Municipality early on September 29 as a Category 2 hurricane with winds of 100 mph (160 km/h). Juan retained hurricane strength while crossing Nova Scotia from south to north, though it weakened to a Category 1 storm over Prince Edward Island. It was absorbed by another extratropical low later on September 29 near Anticosti Island in the northern Gulf of Saint Lawrence.