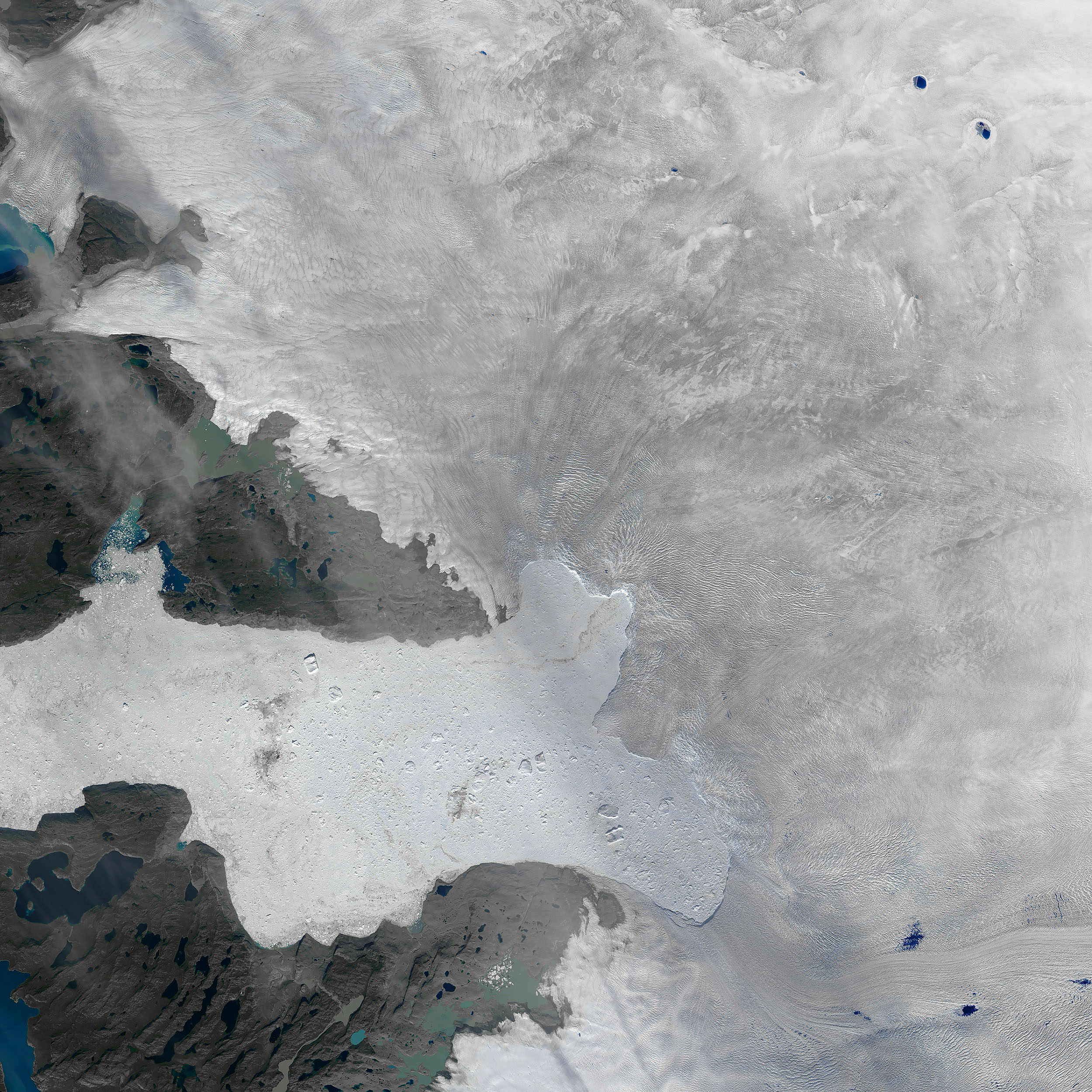 Summer is the season to watch for ice loss from the outlet glaciers lining the perimeter of Greenland. Jakobshavn Glacier — Greenland’s fastest-moving glacier — is notorious for such losses; in 2014 the glacier shed kilometers of ice from its front. In 2015, the glacier lost yet another large chunk of ice.

“The calving events of Jakobshavn are becoming more spectacular with time, and I am in awe with the calving speed and retreat rate of this glacier,” said Eric Rignot, a glaciologist at the Jet Propulsion Laboratory. “These images are a very good example of the changes taking place in Greenland.”

Other satellite images posted on the Arctic sea ice blog show that the ice broke off sometime between August 14 and August 16. Some observers have speculated that the area of ice lost could be the largest on record. However, these estimates are preliminary, and satellite images from before and after an event cannot show whether the ice was lost all at once, or in a series of smaller events.

“What is important is that the ice front, or calving front, keeps retreating inland at galloping speeds,” Rignot said. According to University of Washington glaciologist Ian Joughin, the end of every summer for the last several years has seen Jakobshavn’s calving front move about 600 meters (2,000 feet) farther inland than the summer before.

Jakobshavn’s ongoing retreat coincides with faster rates of flow. In the summer of 2012, Jakobshavn accelerated to speeds not seen before, surging at a rate of 17 kilometers (10 miles) per year. On average, the glacier moved nearly three times faster in 2012 than it did in the mid-1990s.

Scientists track the calving rate and speed of Jakobshavn in part because the glacier is responsible for draining a large portion of the Greenland Ice Sheet. This glacier alone could contribute more to sea level rise than any other single feature in the Northern Hemisphere.