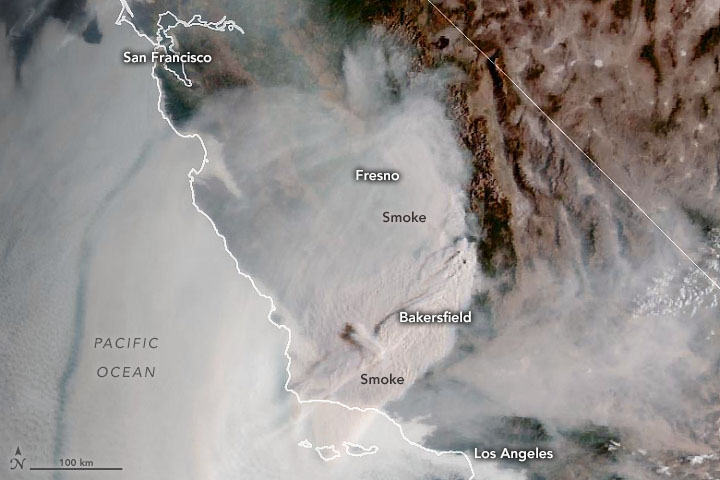 The blazes that make up the KNP fire complex and the Windy fire were first detected on September 10 by NASA satellites. The fires intensified and spread over the next couple of weeks, fueled by strong winds.

According to officials, the KNP Complex fire had burned more than 42,000 acres by Saturday, spreading from Sequoia National Park into the neighboring national forest.

The natural-color image was captured on September 24, 2021, by the Geostationary Operational Environmental Satellite 17 (GOES-17), which is operated by the National Oceanic and Atmospheric Administration (NOAA).