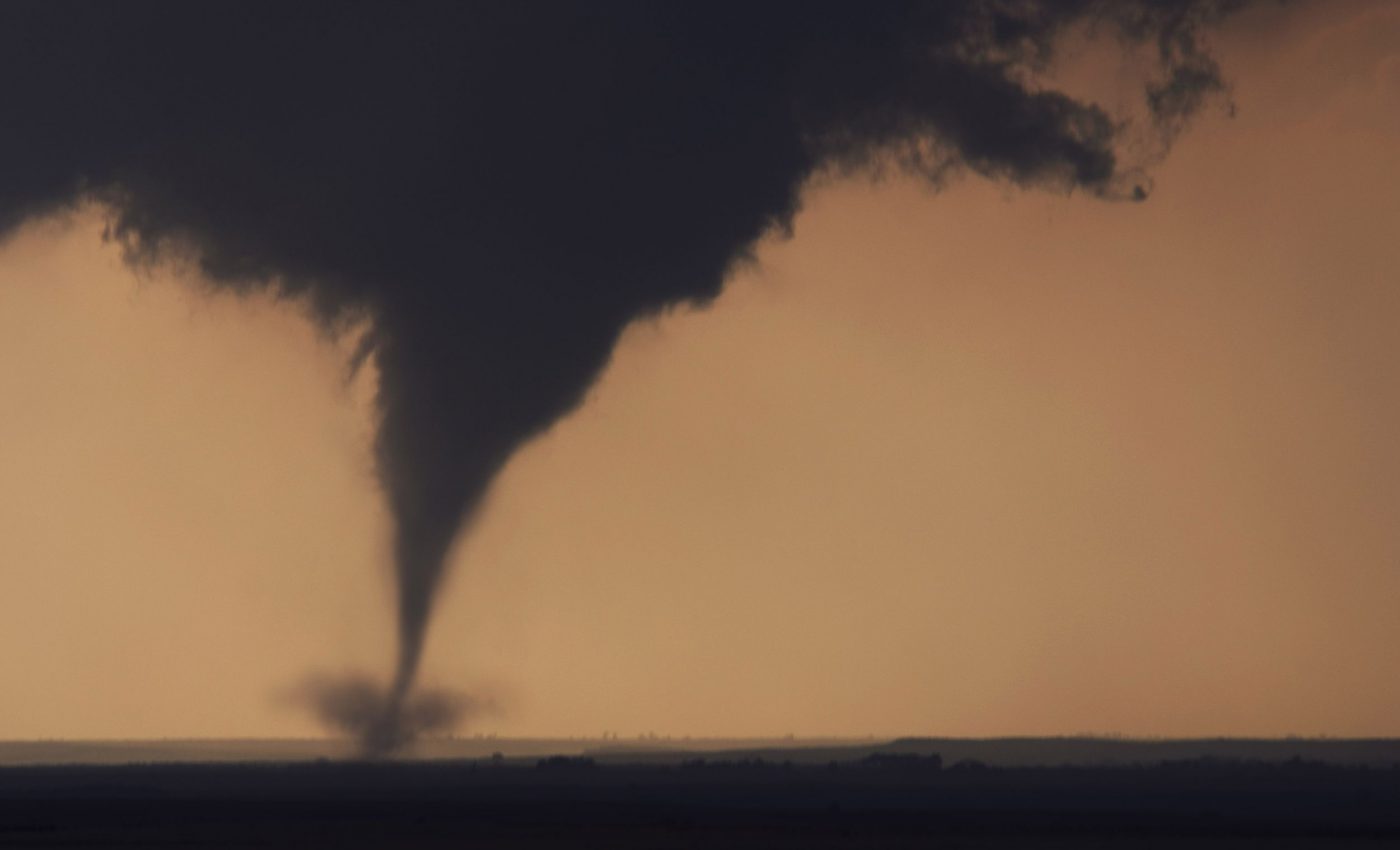 A series of Tornadoes Strike Northern Wisconsin ripped through the Upper Midwest region of the United States in the evening of June 7, 2007. At least five different tornadoes touched down in Wisconsin, according to the Associated Press, one of which tore through the Bear Paw Resort in northern Wisconsin. Despite dropping as much as fifteen centimeters (six inches) of rain in some places and baseball-size hail in others, authorities were reporting no deaths attributable to the storm system, and only a smattering of injuries, but considerable property damage in some areas.

When the MODIS instrument on NASA’s Terra satellite observed the area on June 9, 2007, the track torn through the woods by one of the tornadoes stands out quite clearly. The pale diagonal slash through the dark green forested land shows the tornado track.

This photo-like image uses data collected by MODIS in the normal human vision range to give a familiar natural-looking appearance. The landscape is largely a checkerboard of farms, towns, roads, and cities. The pale land is predominantly farmland where crops have not fully grown in yet. Dark blue shows the winding path of rivers and lakes dotting the landscape. The large blue lake on the east (right) side of the image is Lake Michigan. Towns and cities, including the city of Green Bay, are gray. To the north side, farmland gives way to dark green as land use shifts from agriculture to the Menominee Indian Reservation and Nicolet National Forest. The tornado track through this area is paler in color than the surrounding forest because bare land was revealed where the tornado tore down trees or stripped vegetation off the branches.