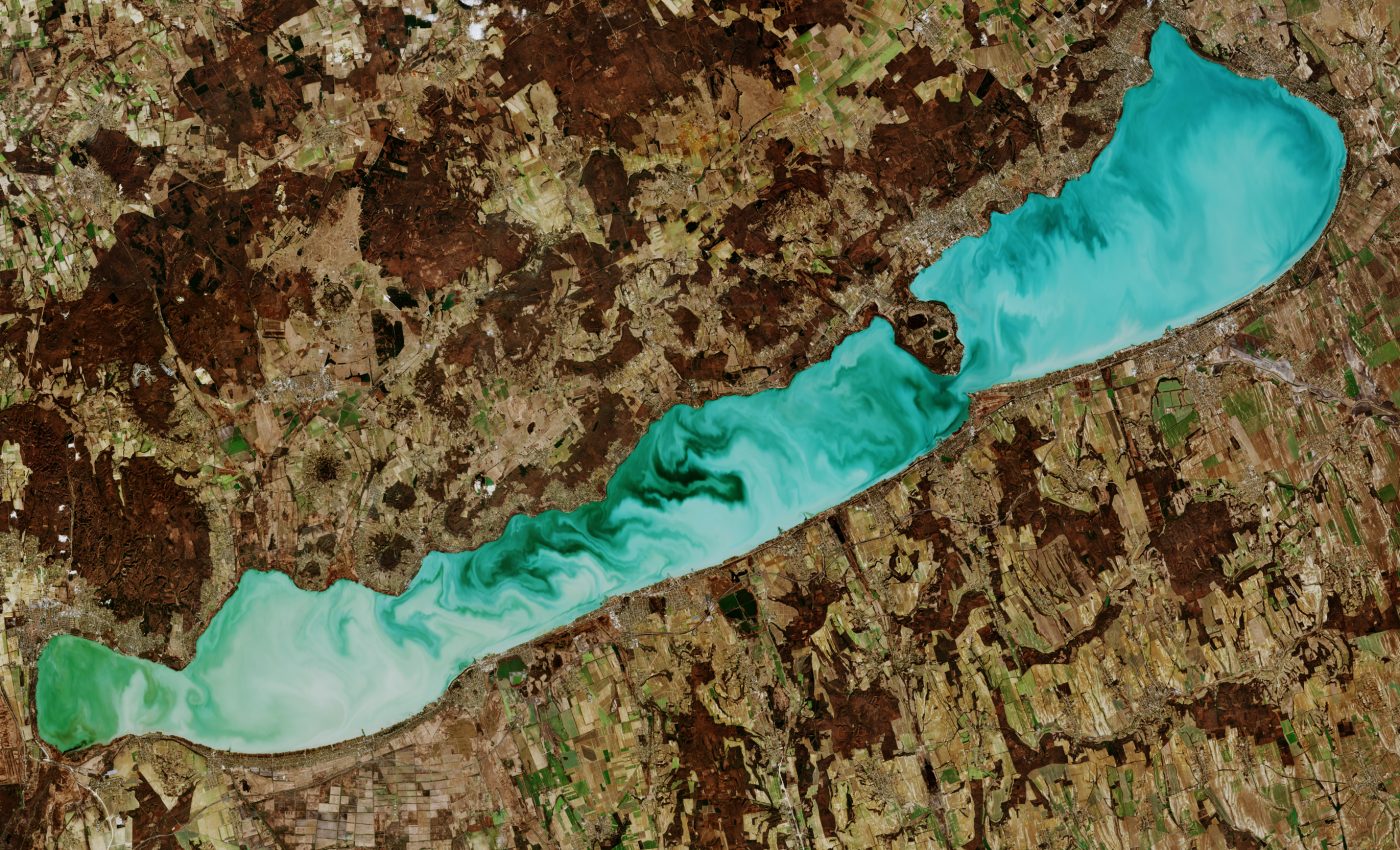 Located in Hungary, Lake Balaton is about 48 miles in length. The lake is primarily fed by the Zala River to the west, and its water flows out to the east through an artificial channel called the Sió, ultimately feeding into the Danube River.Lake Balaton in western Hungary

Balaton was once five separate water bodies, but the barriers gradually eroded away to create a single lake. The remains of the ridges that divided the lake can be seen in Balaton’s shape. Lake Balaton is a freshwater lake in the Transdanubian region of Hungary. It is the largest lake in Central Europe, and one of the region’s foremost tourist destinations. The Zala River provides the largest inflow of water to the lake, and the canalised Sió is the only outflow. But it’s especially appealing in the summer, when you can cool off from the Hungarian heat at one of the many lakeside resorts that dot the shoreline. Lake Balaton is almost 50 miles long and 10 miles wide at its widest point. It’s a freshwater lake, but it’s a striking milky green color because of the algae that grows in the shallow waters.

The emerald color of the water that was captured in this image is most likely due to its chemical composition. According to the ESA, the water is heavy in carbonates and sulphates, and there are also around 2, 000 species of algae that grow in its waters.

Balaton provides habitats for a large population of wildlife, including 41 native fish species living in the lake and its tributaries. This is also an important staging area for thousands of ducks and geese during migration season.