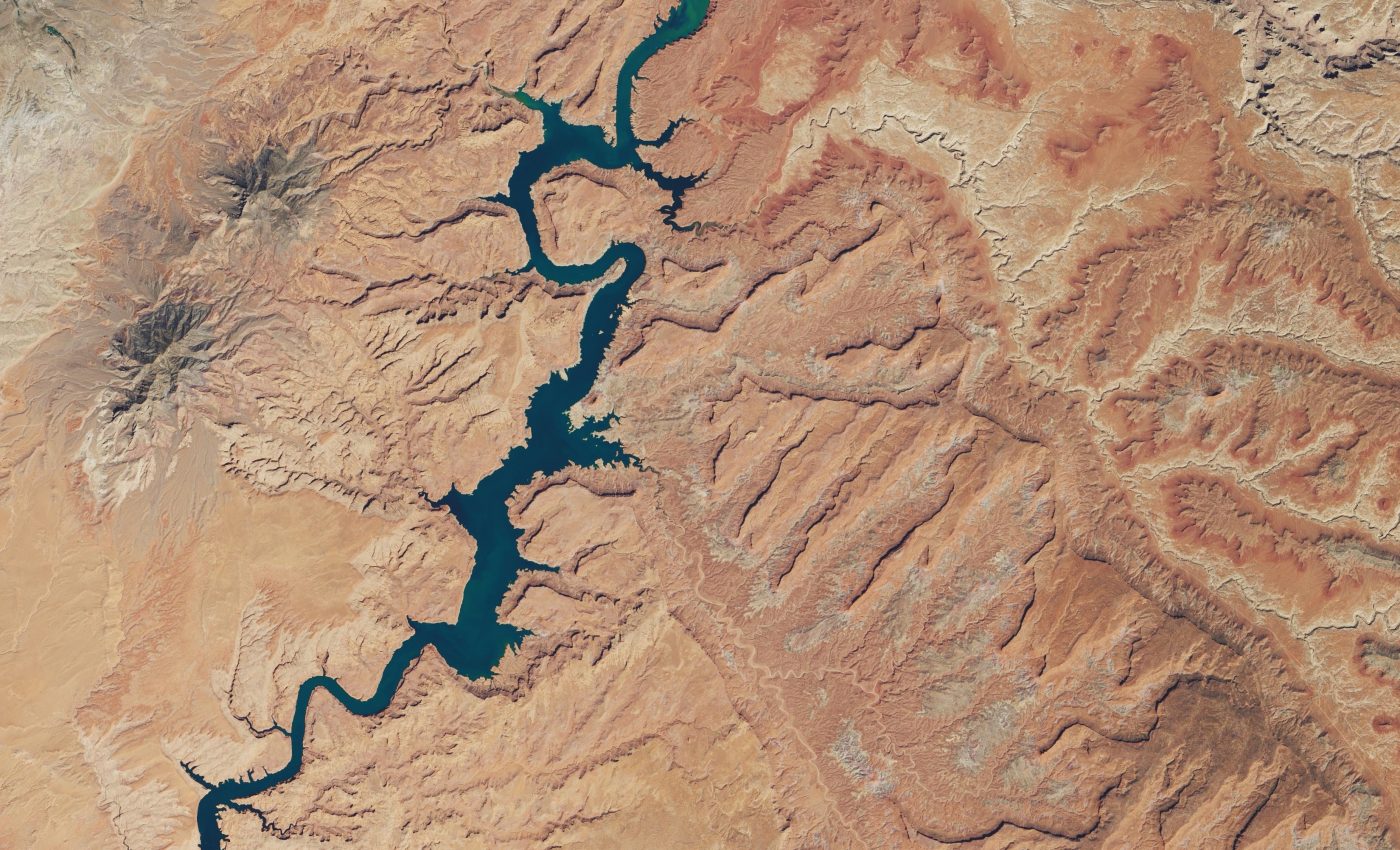 Lake Powell reaches its annual peak Today’s Image of the Day from NASA Earth Observatory features Lake Powell, the second largest water reservoir in the United States, which is spread out across southeastern Utah and northeastern Arizona.

The lake received a boost of meltwater from heavy snowfall in the Rocky Mountains earlier this year. However, the effects of global warming, long-term droughts, and increased water demand have left the lake much lower than its full capacity. Lake Powell reaches its annual peak

This image shows Lake Powell near its annual peak on August 31, 2019.

Lake Powell is a man-made reservoir on the Colorado River, straddling the border between Utah and Arizona, United States. Most of Lake Powell, along with Rainbow Bridge National Monument, is located in Utah. It is a major vacation spot visited by approximately two million people every year. It is the second largest man-made reservoir by maximum water capacity in the United States behind Lake Mead, storing 24,322,000 acre feet (3.0001×1010 m3) of water when full. However, due to high water withdrawals for human and agricultural consumption, and because of subsequent droughts in the area, Lake Mead has fallen below Lake Powell in size several times during the 21st century in terms of volume of water, depth and surface area.