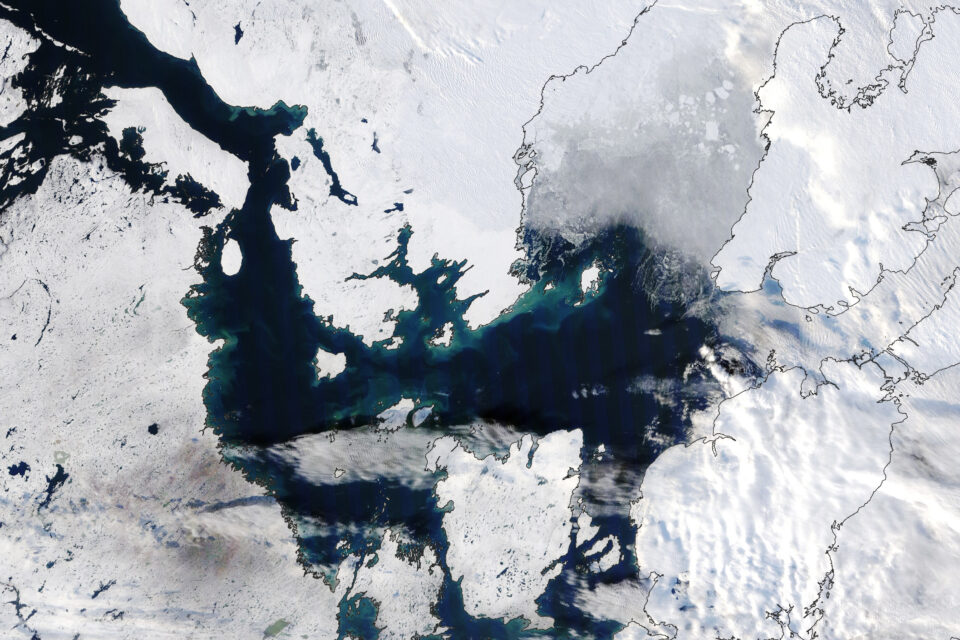 Today’s Image of the Day from NASA Earth Observatory features Victoria Island and King William Island in Canada’s Nunavut Territory, along with what appears to be a late-season bloom of phytoplankton in the Arctic Ocean.

Water sampling will be needed to confirm the presence of coccolithophores, phytoplankton that make water appear milky blue.

According to ESA, the light colors in the water could also be due to outflows of sediment from the islands, which would suggest that streams are still running and snow and ice are still melting in the late-season sunlight.

A 2020 study from Stanford University revealed that between 1998 and 2018, the rate of growth of phytoplankton biomass across the Arctic Ocean and surrounding seas increased by 57 percent. Some of this increase is tied to warming water, changing ocean properties, and more areas of open water.

“We are getting more heat and moisture from the ocean going into the atmosphere because the sea ice acts like a cap or a barrier between the relatively warm ocean surface and the cold and dry atmosphere above,” said Linette Boisvert, a sea ice scientist at NASA’s Goddard Space Flight Center. “When the lid is removed, heat and steam escape into the air. This warming and moistening of the atmosphere slows down the vertical growth of the sea ice, meaning that it will not be as thick, so it’s more vulnerable to melt in the summer months.”