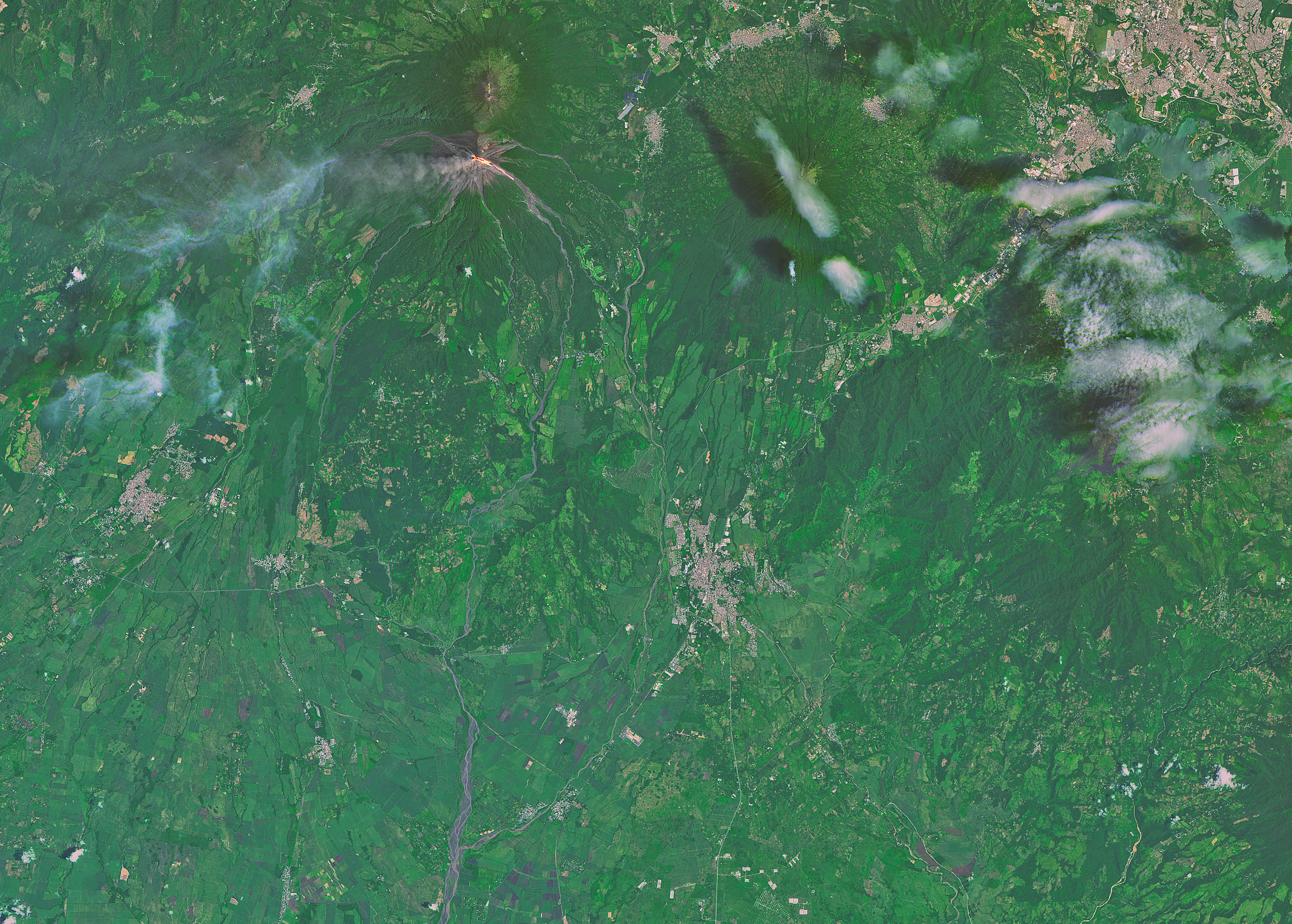 On September 7, 2016, the Operational Land Imager (OLI) on Landsat 8 captured this image of lava spilling down the slopes of Guatemala’s Volcán de Fuego, one of Central America’s most active volcanoes. Lava flow from the Volcán de Fuego volcano caused  massive amounts of damage to the city. Although the area is prepared the terrain and animals are affected.

According to reporting from the Instituto Nacional de Sismologia, Vulcanologia, Meteorologia, e Hidrologia (INSIVUMEH), the latest bout of activity began on September 4, when lava rose as high as 200 meters (650 feet) above Fuego’s crater rim. Plumes of ash have reached heights of about 850 meters (2,800 feet). Therefore you will see in the image above that the smog and smoke surrounding the area that is very lush and green. NASA’s view shows.

The image is a composite of natural color (OLI bands 4-3-2) and shortwave Infrared (OLI band 7). Shortwave infrared light (SWIR) is invisible to the naked eye, but strong SWIR signals indicate increased temperatures. Also Lava flow from the Volcán de Fuego volcano did increase its temperatures by the min showing the amount of damage and how intense this volcano actually was. Also the lava slowly pours down the slopes causing everything in its way to burn and dissolve.

The volcano is located about 70 kilometers (40 miles) west of Guatemala City, Guatemala.