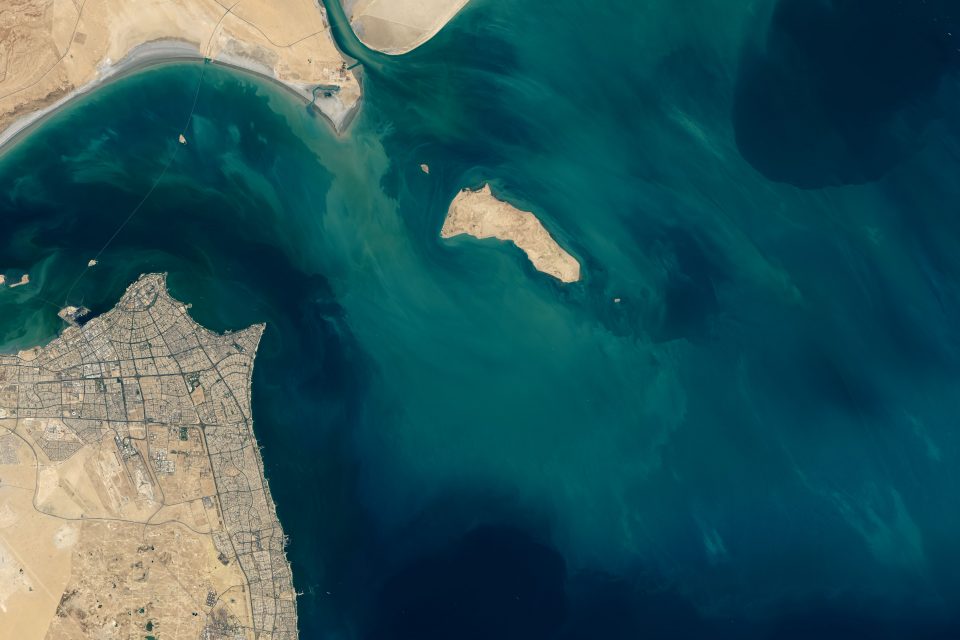 Today’s Image of the Day from NASA Earth Observatory features Kuwait Bay, where one of the world’s largest bridges has been constructed to connect Bay Island North and Bay Island South.

The 30-mile Sheikh Jaber Al-Ahmad Al-Sabah Causeway opened in May after five years of planning and more than three billion dollars in costs.

Construction companies made an effort to preserve the ecosystem near the bay, specifically for green tiger shrimp. To lure the shrimp away from the site, an alternative breeding area was created with 1,000 rock and reef blocks.

The photograph was captured on September 8, 2019 by the Operational Land Imager on Landsat 8.