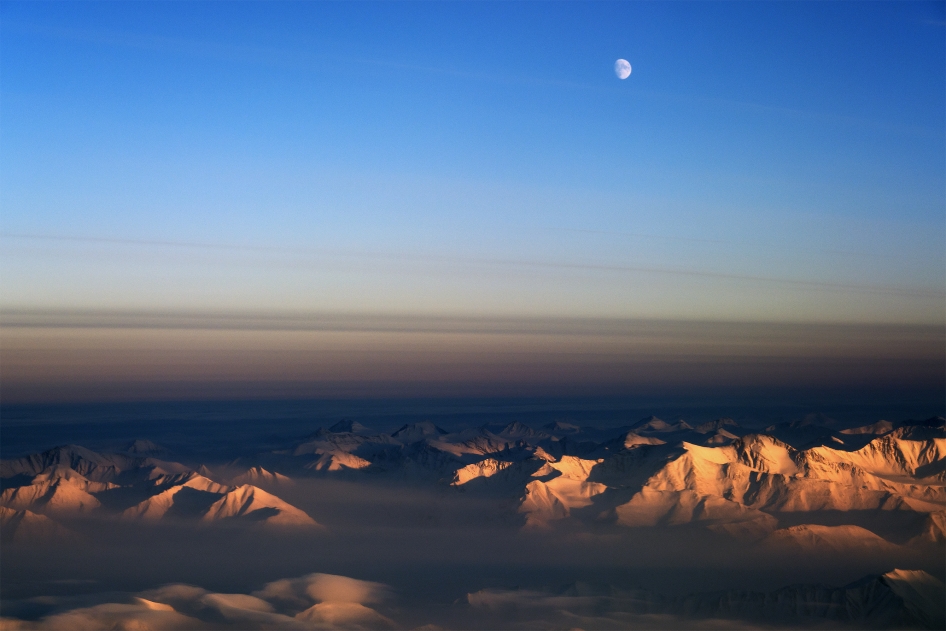 Moon shot over northeast Greenland while descending into the survey area north of the Fram Strait. Northeast Greenland National Park (Greenlandic: Kalaallit Nunaanni nuna eqqissisimatitaq, Danish: Den Nordøstlige Grønlands Nationalpark) is the world’s largest national park and the 9th largest protected area. Established in 1974 and expanded to its present size in 1988, it protects 972,000 km2 (375,000 sq mi)of the interior and northeastern coast of Greenland and is bigger than all but 29 of the world’s 194 countries. It was the first national park to be created in the Kingdom of enmarkand remains Greenland’s only national park. It is the northernmost national park in the world.

The park shares borders, largely laid out as straight lines, with the Sermersooq municipality in the south and with the Avannaata municipality in the west along the 45° West meridian on the ice cap in the west. The large interior of the park is part of the Greenland Ice Sheet, but there are also large ice-free areas along the coast and on Peary Land in the north. The park includes the King Frederick VIII Land and King Christian X Land geographical areas.
The area is subject to larger loss of ice than expected.