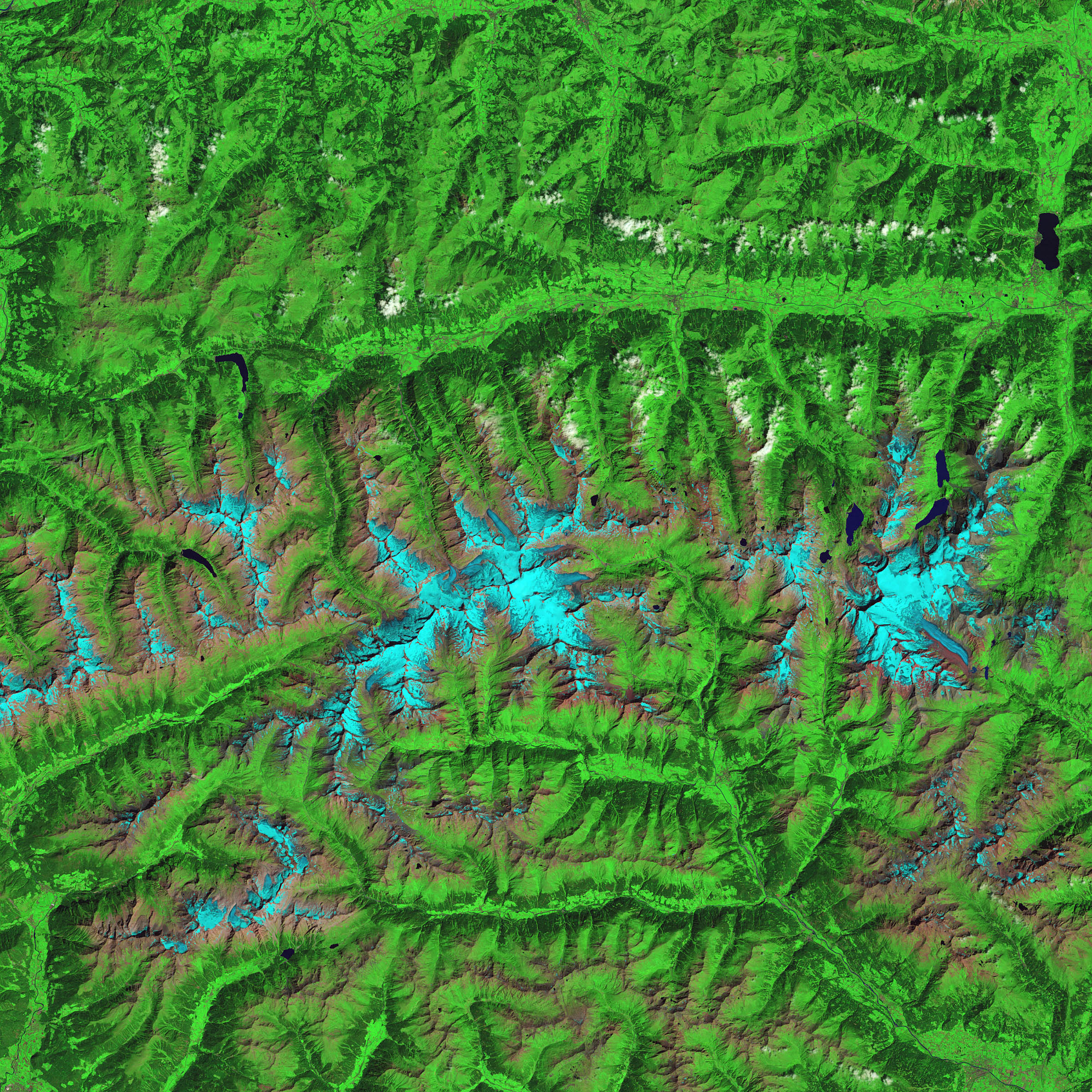 It might sound counterintuitive that less ice can lead to more glaciers, but that has been the case in Austria’s Obersulzbach Valley. As the Obersulzbach Glacier system has retreated, ice tributaries that were once connected to the main glacier have become stranded—earning them their own identity. NASA view of Obersulzbach Glacier Plus Four.

Sensors aboard Landsat satellites acquired this pair of false-color images showing the disaggregation of the glacier system. The Thematic Mapper on the Landsat 5 satellite captured the top image on August 6, 1988; the Operational Land Imager (OLI) on Landsat 8 captured the second image on September 4, 2013. Both images use a combination of visible, near-infrared, and shortwave infrared light. Snow and ice appear turquoise; liquid water is dark blue; and exposed land and vegetation is brown and green. Use the image comparison tool to see how ice loss has divided Obersulzbach into five separate glaciers.

Obsersulzbach Glacier flows along a valley within the Central Eastern Alps, in the Hohe Tauern mountain range. In the 1980s, Obsersulzbach was Austria’s third-largest glacier. But even then, the retreat was well underway, as evidenced by a 1930s Austrian military map (re-published in a blog post by Mauri Pelto).

Landsat satellites have afforded a more frequent view of the glacier’s change. The 1988 image (top) shows the glacier when it stretched 1.4 kilometers farther up the valley from its position in the 1934 map. In 1988, Bleidacher Glacier had already detached from Obersulzbach’s main trunk.

In 1998, researchers found that a lake had formed at the glacier’s receding snout. By 2013 (second image), melt water had swelled the lake to 450 meters long and 200 meters wide. Also by this time, all four “new” glacier segments had separated.

The pattern of shrinking glaciers in Obersulzbach Valley corresponds with the behavior of other glaciers in the region. Research published in 2011 estimated that glaciers across the Alps would lose about 75 percent of their volume by the end of the 21st century.