Oil Slick in the Gulf of Mexico 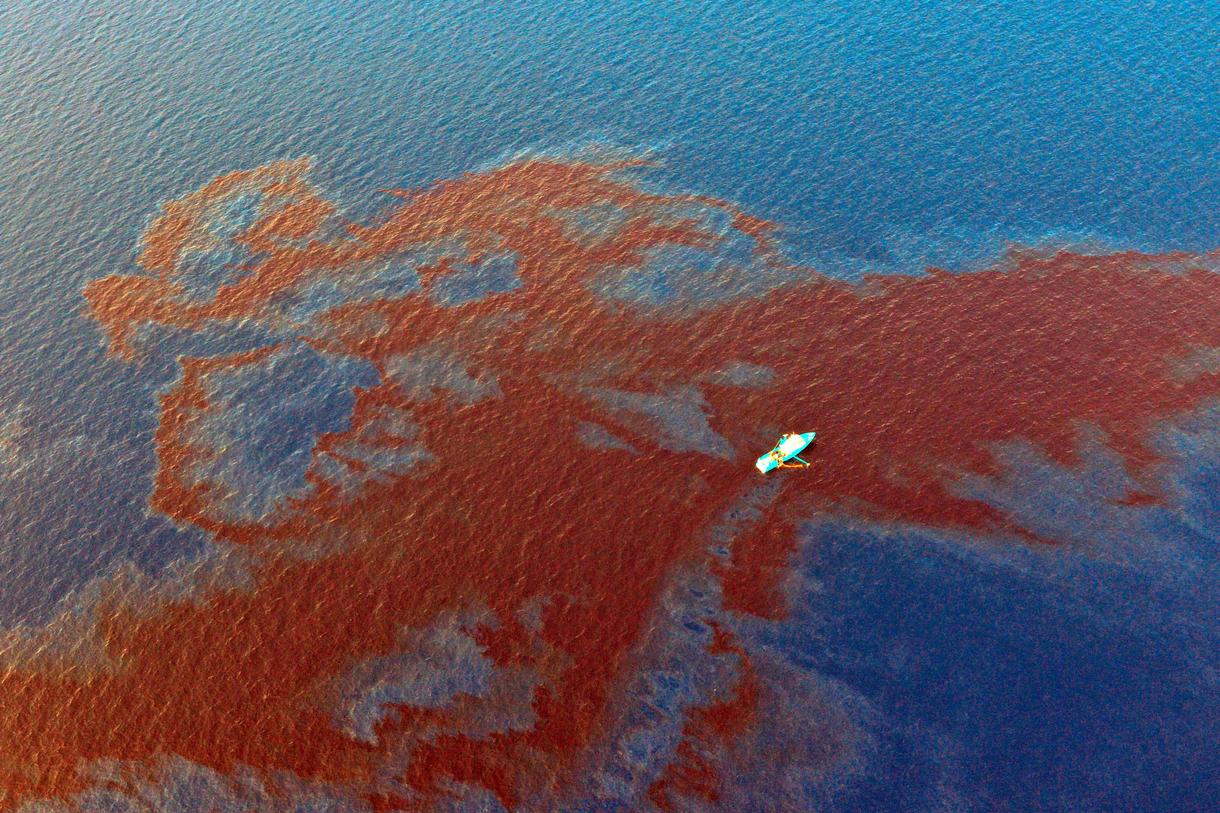 The Gulf of Mexico was speckled and streaked with small clouds on the afternoon of July 19, 2010, when the Moderate Resolution Imaging Spectroradiometer (MODIS) on NASA’s Aqua satellite captured this image. Between the clouds, however, silvery-gray streaks of oil remained visible offshore of the Mississippi River Delta. The tan-colored waters around the river delta are full of sediment.
In photo-like images such as this one, oil is most visible when it is located in the sunglint part of the scene—the place where the mirror-like reflection of the Sun off the water gets blurred into a wide bright strip by small waves and ripples.
Depending on the location of the oil, the angle of incoming sunlight, and the satellite viewing angle, oil-covered waters may appear much brighter or much darker than surrounding oil-free water. Outside of the sunglint area, oil may be present, but not detectable in photo-like satellite images.The Gulf of Mexico (Spanish: Golfo de México) is an ocean basin and a marginal sea of the Atlantic Ocean, largely surrounded by the North American continent. It is bounded on the northeast, north and northwest by the Gulf Coast of the United States, on the southwest and south by Mexico, and on the southeast by Cuba. The US states of Texas, Louisiana, Mississippi, Alabama, and Florida border the Gulf on the north, which are often referred to as the “Third Coast”, in comparison with the U.S. Atlantic and Pacific coasts.