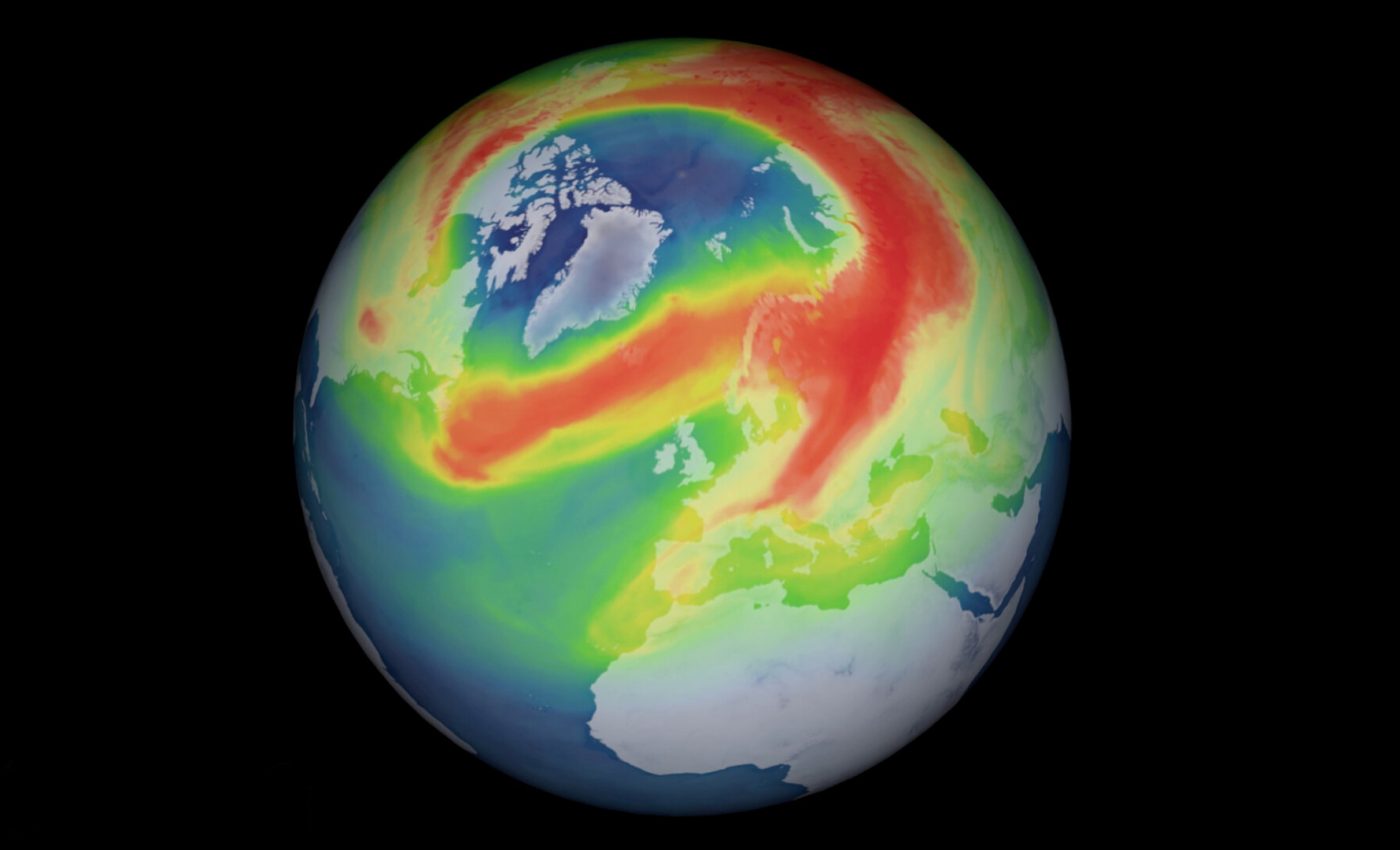 Today’s Image of the Day from the European Space Agency shows an unusual hole in the ozone layer over the Arctic.

It is normal for ozone to be lost at both poles over the course of the winter, but the effects are typically much more noticeable in the southern hemisphere.

Scientists at the German Aerospace Center (DLR) are using data from the Copernicus Sentinel-5P satellite to monitor the ozone depletion above the Arctic.

“The ozone hole we observe over the Arctic this year has a maximum extension of less than 1 million sq km. This is small compared to the Antarctic hole, which can reach a size of around 20 to 25 million sq km with a normal duration of around 3 to 4 months,” explained Diego Loyola of the DLR.

According to the experts, the Arctic hole is the result of uncommon atmospheric conditions, including extremely cold temperatures in the stratosphere that were trapped by powerful winds around the North Pole.

“Since 14 March, the ozone columns over the Arctic have decreased to what is normally considered ‘ozone hole levels,’ which are less than 220 Dobson Units. We expect the hole to close again during mid-April 2020,” said Loyola.