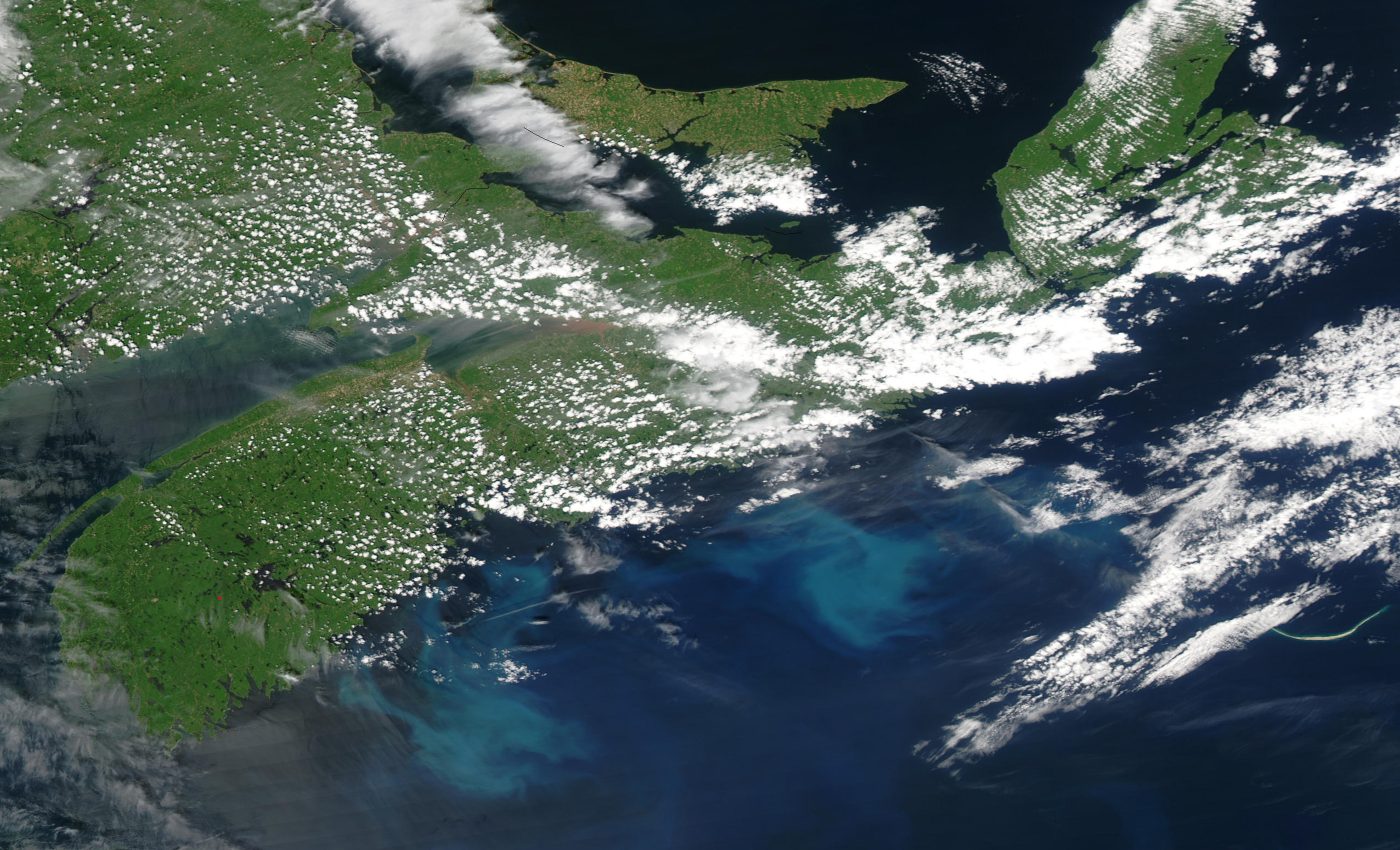 Phytoplankton Bloom off Nova Scotia. The waters of the Gulf of St. Lawrence (top) are midnight blue in this Moderate Resolution Imaging Spectroradiometer (MODIS) image from the Aqua satellite on July 2, 2003. South of Nova Scotia (center), however, bright blue swirls in the water suggest a bloom of marine organisms, perhaps a kind of phytoplankton called a coccolithophore, a single-celled plant whose chalky white covering can cause the water to appear bright blue.

Nova Scotia French: Nouvelle-Écosse; Scottish Gaelic: Alba Nuadh) is one of Canada’s three Maritime Provinces, and one of the four provinces that form Atlantic Canada. Its provincial capital is Halifax. Nova Scotia is the second-smallest of Canada’s ten provinces, with an area of 55,284 square kilometres (21,300 sq mi), including Cape Breton and another 3,800 coastal islands. As of 2016, the population was 923,598. Nova Scotia is Canada’s second-most-densely populated province, after Prince Edward Island, with 17.4 inhabitants per square kilometer. Nova Scotia is Canada’s second smallest province in area, after Prince Edward Island. The province’s mainland is the Nova Scotia peninsula surrounded by the Atlantic Ocean, including numerous bays and estuaries. Nowhere in Nova Scotia is more than 67 km (42 mi) from the ocean