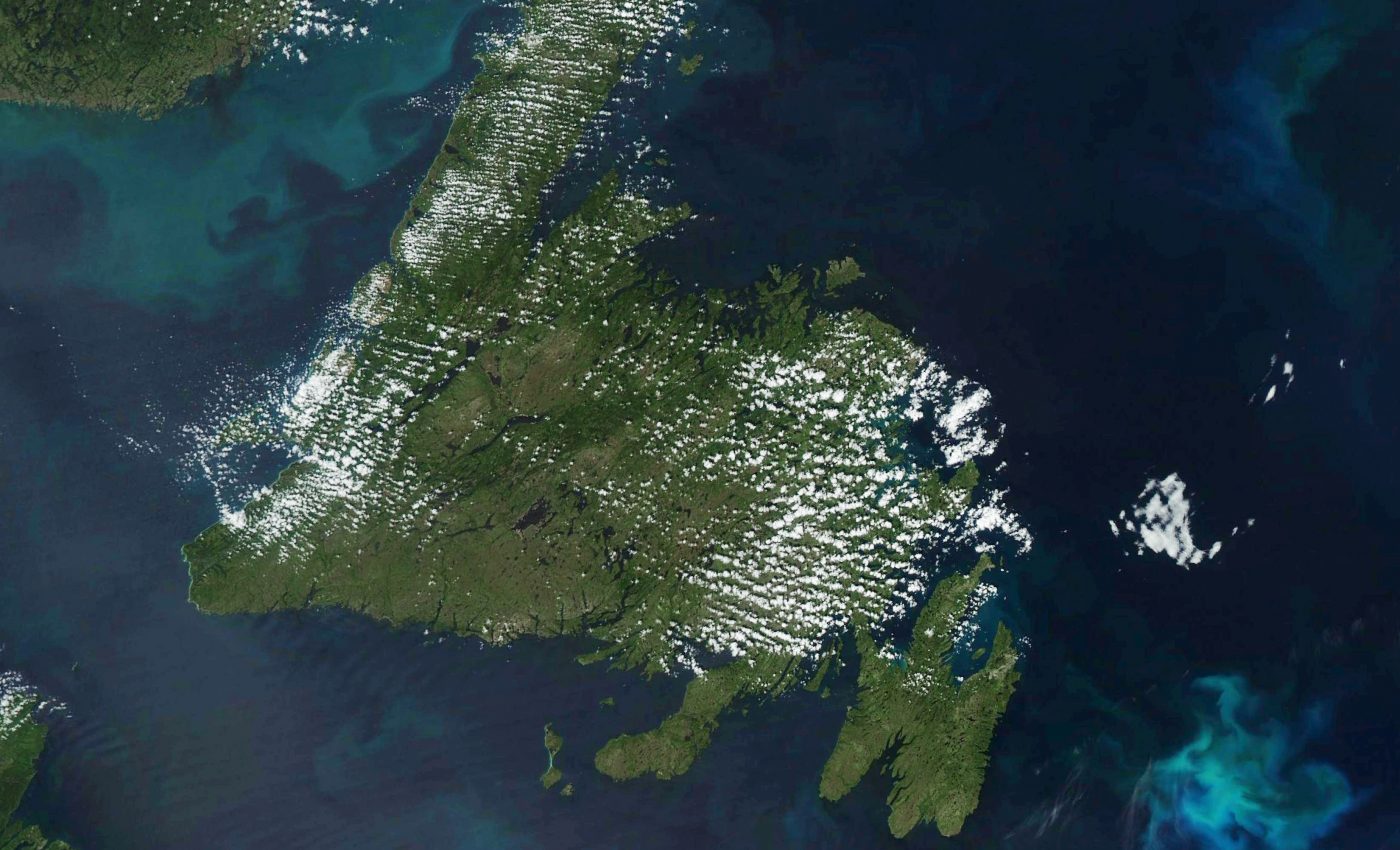 In the ocean near Newfoundland, Canada, the floating organisms had an abundance of sunlight, warm water, and nutrients which allowed them to thrive. Phytoplankton blooms persist in the North Atlantic Ocean

“This is not our typical fall phytoplankton bloom, which would be made up of diatoms,” said marine biologist Cynthia McKenzie of Fisheries and Oceans Canada. She explained that the late bloom is likely a result of “several weeks of sunlight – pretty rare for us in September – and higher than normal temperatures.”

“I thought the hurricane would have had an effect, but if anything it seems to have fueled its continuation,” said McKenzie. “Most of the heavy wind was on the western part of Newfoundland, so what we had was some wave action which may have brought more nutrients to the bloom from further down in the water column.”

The image was captured on September 1, 2019 by the Moderate Resolution Imaging Spectroradiometer (MODIS) on NASA’s Aqua satellite.