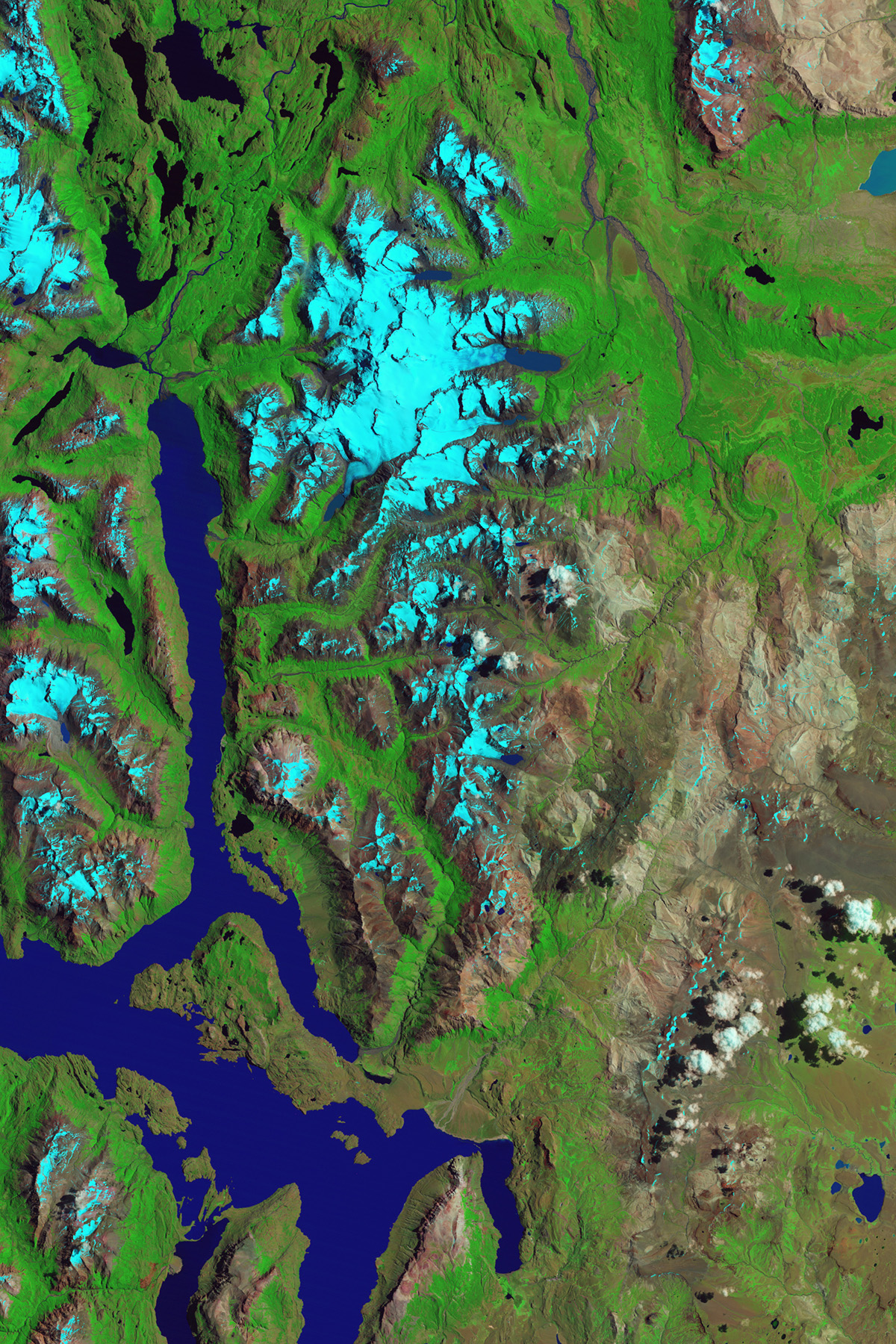 Since the end of the Little Ice Age, the ice fields of Patagonia and other parts of South America have been shrinking as global temperatures have increased. A number of studies have investigated these changes, which can affect the communities downstream that rely on the glaciers for a steady water supply.

Pelto decided to look at glaciers in Argentina “primarily because there is less information on them.” First he considered the areas most likely to show visual change, which often occurs in the vicinity of lakes; glaciers that terminate in water lose ice not only from their surface, but also through calving. By comparing imagery from Landsat satellites, he found that the glaciers of Sierra de Sangra are retreating.

The top image, acquired by the Thematic Mapper on Landsat 5, shows the glaciers of Sierra de Sangra on January 14, 1986. The second image, acquired by the Operational Land Imager (OLI) on Landsat 8shows the area on January 14, 2015. Snow and ice are blue in these false-color images, which use different wavelengths to better differentiate areas of ice, rock, and vegetation. Turn on the image comparison tool to see the glaciers retreat.

“The glaciers are not as large as those of the bigger ice fields,” Pelto said. “Retreat is less in terms of distance, but not in terms of percent of glacier length.” Of the four glaciers that he examined, the southeast outlet glacier retreated the most—about 1200 meters (4,000 feet), or 25 percent of its length. The north outlet retreated by about 700 meters (20 percent); the south outlet by 700 meters (10 percent); and the east outlet by 300 meters (5 percent).