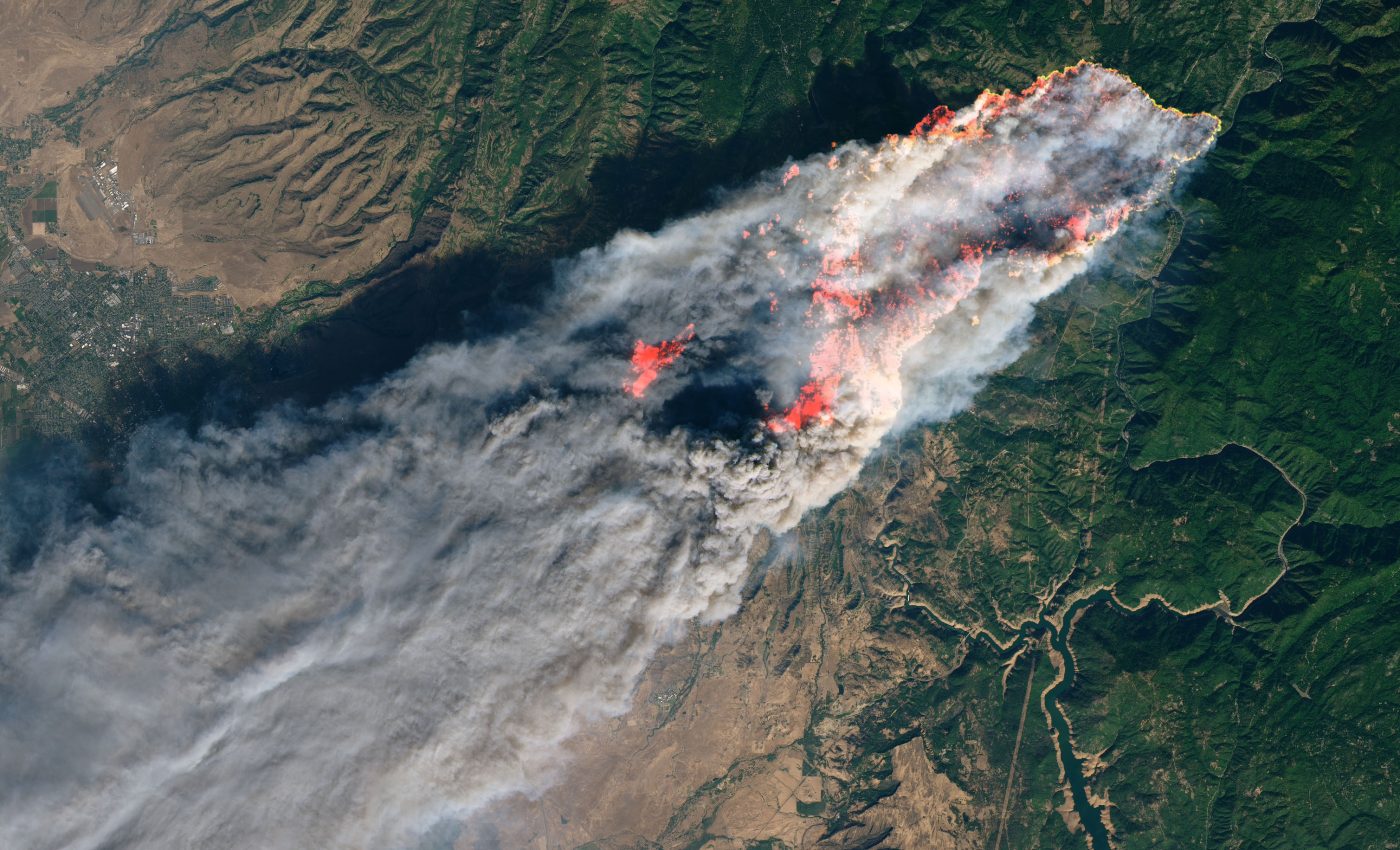 Today’s Image of the Day from NASA Earth Observatory shows last year’s Camp Fire, which contributed to California’s most destructive wildfire season ever.

According to a July study from Columbia University, the annual burned area across California is now five times larger than it was five decades ago, and higher temperatures are the primary cause.

“Warming is affecting forest fire,” said study lead author Park Williams. “But in California, the story is bound to be really complicated because there are a lot of different climate types, vegetation types, and different ways humans are interacting with the landscape.”

“By fighting fires and living in forests, humans have increased the vegetation available to burn and the sparks needed to start fires, so now more than ever the table is set for big fire as soon as hot and dry conditions arrive,” said Williams.

This image of the Camp Fire was  captured on November 8, 2018 by the Operational Land Imager aboard the Landsat 8 satellite.