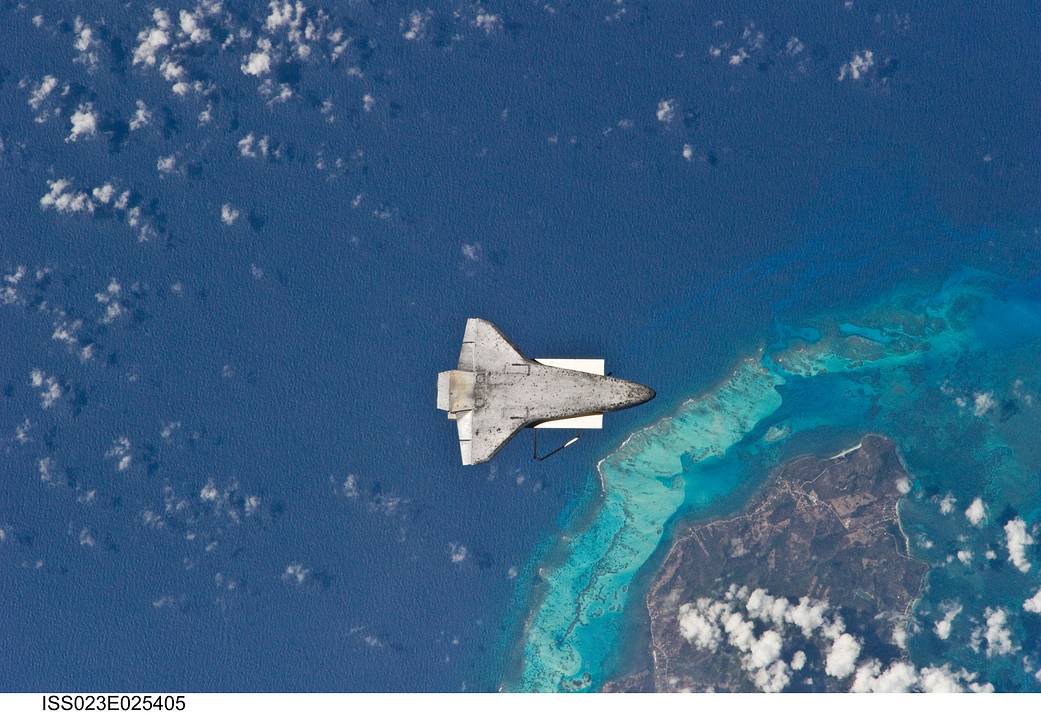 As the shuttle and the space station began their post-undocking relative separation, Expedition 23 flight engineer Soichi Noguchi photographed the underside of the shuttle over the south end of Isla de Providencia, about 150 miles off the coast of Nicaragua.

Undocking of the two spacecraft occurred on April 17, 2010, ending the shuttle’s 10-day stay. The visit included three spacewalks and delivery of more than seven tons of equipment and supplies to the station. Also Originally inhabited by various indigenous cultures since ancient times, the Spanish Empire conquered the region in the 16th century. Therefore Nicaragua gained independence from Spain in 1821. The Mosquito Coast followed a different historical path. And with the English colonizing it in the 17th century and later coming under the British rule. Therefore as well as some minor Spanish interludes in the 19th century. It became an autonomous territory of Nicaragua in 1860 and the northernmost part of it was later transferred to Honduras in 1960