Smoke From Wildfires In Southern Chile 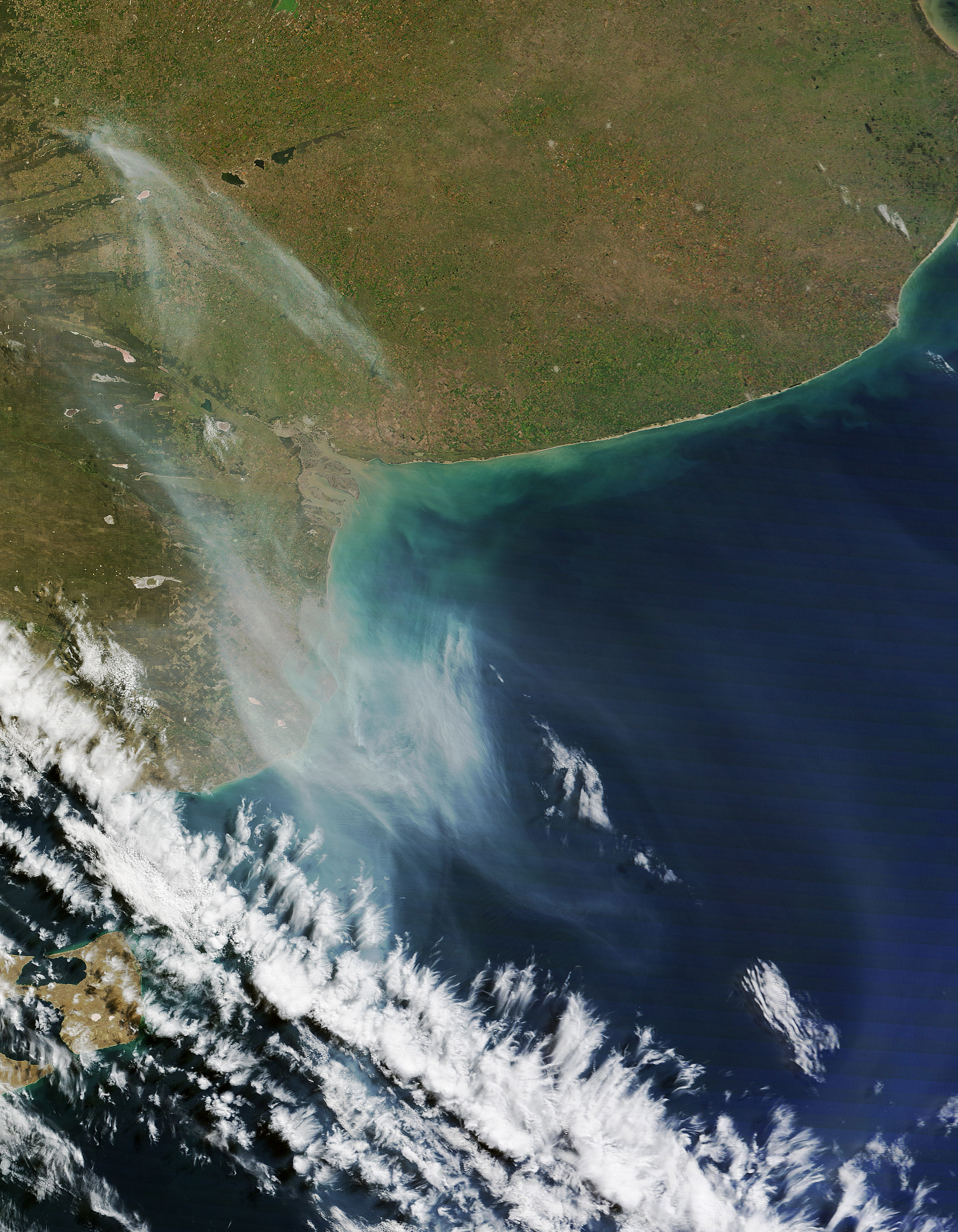 Smoke From Wildfires In Southern Chile. The Moderate Resolution Imaging Spectroradiometer (MODIS) sensor on NASA’s Terra satellite captured of smoke drifting over the Atlantic Ocean on March 29, 2015. The day before, the MODIS on Aqua captured of a fire southeast of Collipulli, Southern Chile, that was likely the source of the smoke.

Brazil is contributing the use of a C-130 with a slip-in Modular Airborne FireFighting System (MAFFS), and the Russian IL-76 air tanker arrived on January 30.

On Tuesday afternoon the U.S. Embassy in Chile announced that an additional $740,000 is being provided. The U.S. Agency for International Development, through its office of Foreign Disaster Assistance (USAID/OFDA), will donate $500,000 to support the humanitarian needs of communities affected by the wildfires and $200,000 USD worth of personal protective equipment to those fighting the fires. Additionally, $20,000 USD will be donated to Caritas for tools needed to build firebreaks.

This disaster assistance comes in addition to a donation of $20,000 USD made to the non-profit ADRA, for personal hygiene kits which were recently distributed to affected residents of Santa Olga, a town that was completely destroyed by the fires.

A grandson of the founder of WalMart, Ben Walton with his wife Lucy Ana, are funding through the family’s foundation system the initial deployment and use of the privately owned 747 SuperTanker out of Colorado Springs, Colorado, USA. Other non-governmental organizations have expressed interest in helping to provide additional financing for the aircraft in Chile.