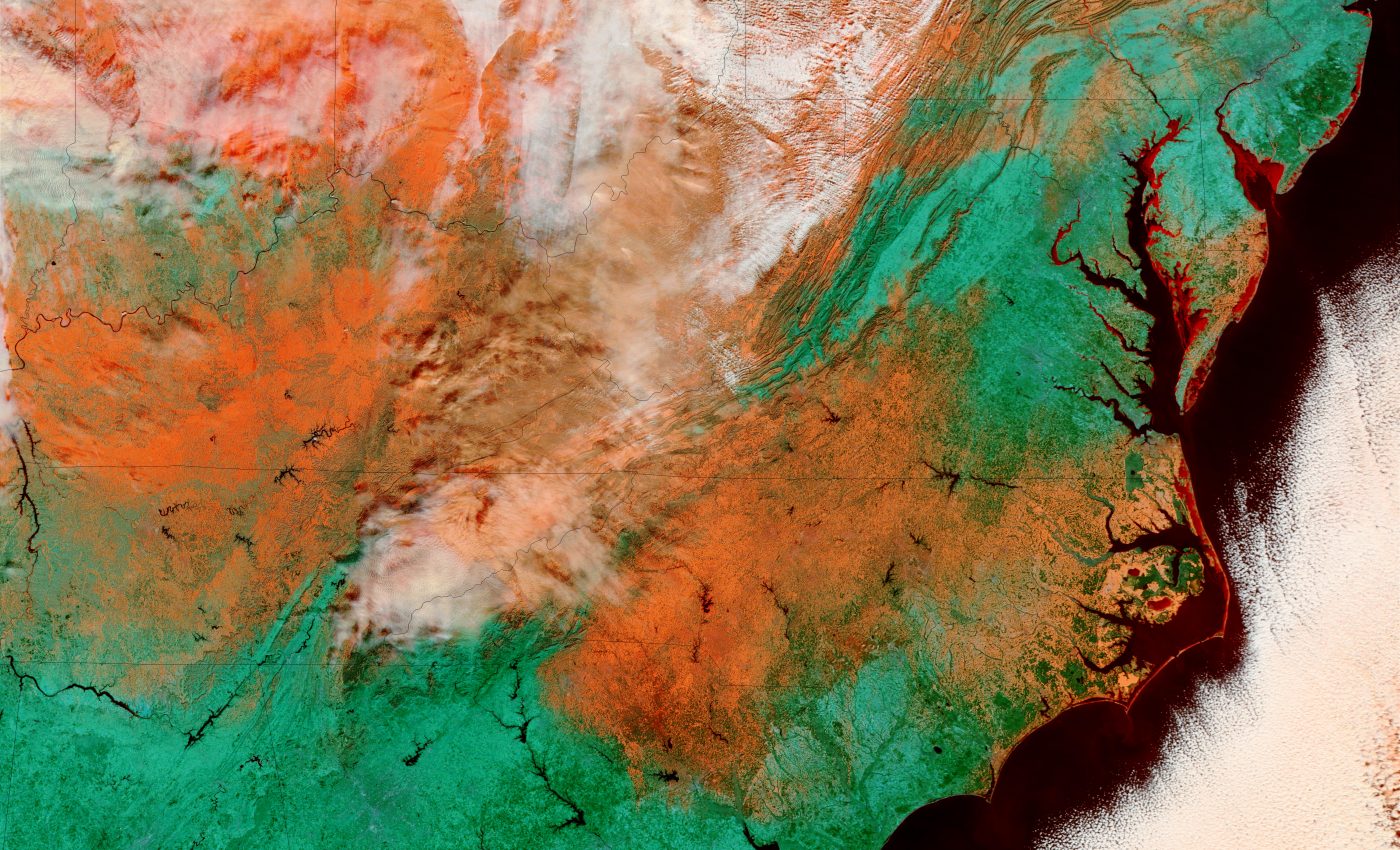 Another blast of cold temperatures, Snow in Mid-Atlantic United States. Therefore the brisk winds and snow blanketed portions of the Midwest and South on January 22 and 23, 2003. Up to 12 inches of snow fell in portions of the Carolinas, Tennessee, and Virginia.

In fact, the Outer Banks of North Carolina saw their first significant snowfall in thirteen years (see iamge from January 24) as 40 mph winds created snowdrifts instead of the usual sand dunes. Widespread record-setting lows were reported in many southern states while wind chills dipped well below zero. These true- and false-color images were acquired beginning Jan. 23 by the Moderate Resolution Imaging Spectroradiometer (MODIS) aboard NASA’s Aqua satellite. In the false-color images blue or red hues indicate snow-covered land and white areas are clouds. Vegetation is green. In the Great Lakes (top center on Jan. 23) a wash of blue along the shoreline in the false-color image is the beginning of a thin covering of ice on the lakes.

Although the weather can change from hot to cold depending on the season the storms can really take over. Therefore causing inches to feet of snow in the winter. And the winds can become very strong. Snow in Mid-Atlantic United States shows in image above.