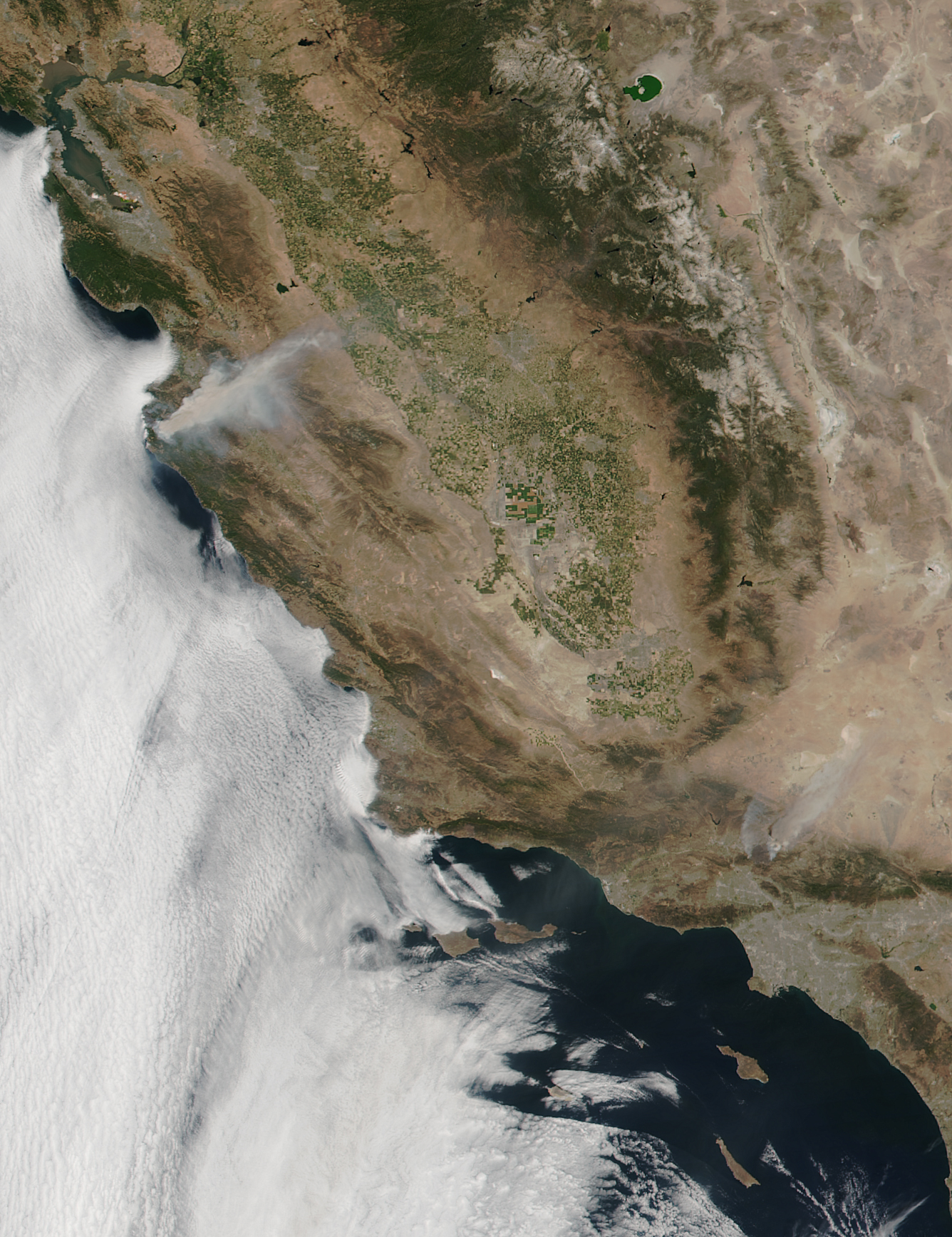 NASA’s Aqua satellite captured a natural-color image of the Soberanes fire as smoke blew north and east over the California Coast Ranges and into the Central Valley.

The Soberanes Fire was a large wildfire that burned 57 homes and killed a bulldozer operator, and cost about $260 million to suppress, making it at the time the most expensive wildfire to fight in United States history. The Soberanes Fire was the result of an illegal campfire in Garrapata State Park. Soberanes Creek wildfire in California caused massive amounts of damage to the area.

The fire burned 132,127 acres (53,470 ha) along the Big Sur coast in the Los Padres National Forest, Ventana Wilderness, and adjacent private and public land in Monterey County, California. At the fire’s peak, over 5,000 personnel were assigned to the blaze. At the time that it was extinguished, the Soberanes fire ranked 18th on the list of the top 20 largest California wildfires, in terms of acreage burned.The fire was first reported by hikers in Garrapata State Park at 8:48 a.m. on Friday July 22, 2016,and was later determined to be the result of an unattended illegal campfire. By Saturday morning, the fire had grown to 2,000 acres (810 ha), and forced the evacuation of about 300 homes in the community along Palo Colorado Canyon.

By the morning of Sunday, July 24, the fire had grown to over 10,000 acres (4,000 ha), with 5% of the fire perimeter contained.Officials said that Toro Park would be closed so that firefighters could use the area as a base camp. Evacuation warnings were also issued for all of Carmel Highlands.

On Tuesday July 26, acting California governor Tom Torlakson declared a state of emergency in Monterey County over the fire.

By Saturday July 30, the fire had spread south and east into the Los Padres National Forest.