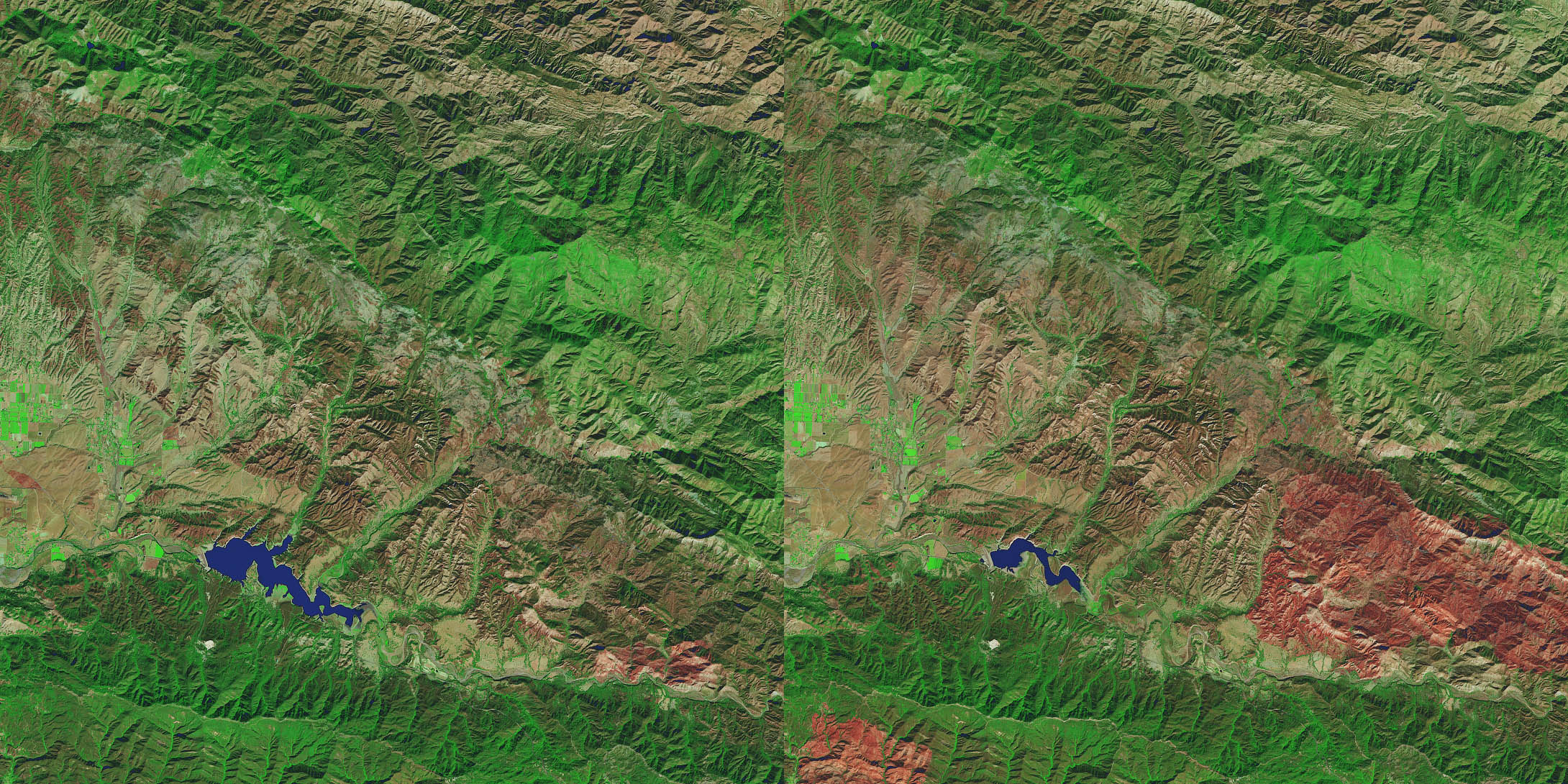 While recent rain and snowfall have brought relief to Northern California, the Southern California drought continues to torment the southern part of the state. New data from the U.S. Drought Monitor show exceptional drought in California’s Central Valley, Central Coast, and South Coast.

The map at the top of this page depicts drought conditions as of November 8, 2016. Areas facing exceptional drought (the highest on the scale) are shown in maroon and extreme drought is red. According to the Drought Monitor classification system, exceptional drought can bring widespread crop and pasture losses, as well as water emergencies due to low reservoirs, streams, and wells. The map is based on measurements of soil, water, and climate conditions collected by federal, state, and local observers. (NASA also provides experimental measurements and models to the drought monitoring effort.) 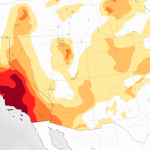 In Southern California, the effects have been far reaching. Some farmers have had to switch to crops that require less water. So much groundwater has been pumped from underground aquifers (to make up for the lack of surface water) that the land in the Central Valley has been sinking at an unusually rapid rate. Some towns and cities have put strict conservation measures in place to minimize water use.

Remarkably low water levels in many reservoirs in Southern California are another indicator of the severity of the drought. For instance, the volume of water in Lake Cachuma—which supplies Santa Barbara with drinking water—has fallen to about 7 percent of capacity. The Operational Land Imager (OLI) captured images (below) of the reservoir on October 27, 2013, and October 26, 2016. The sharp decline in water levels has exposed much of the bottom of the reservoir.