Spiral of plankton off the Australian Coast • Earth.com

Spiral of plankton off the Australian Coast 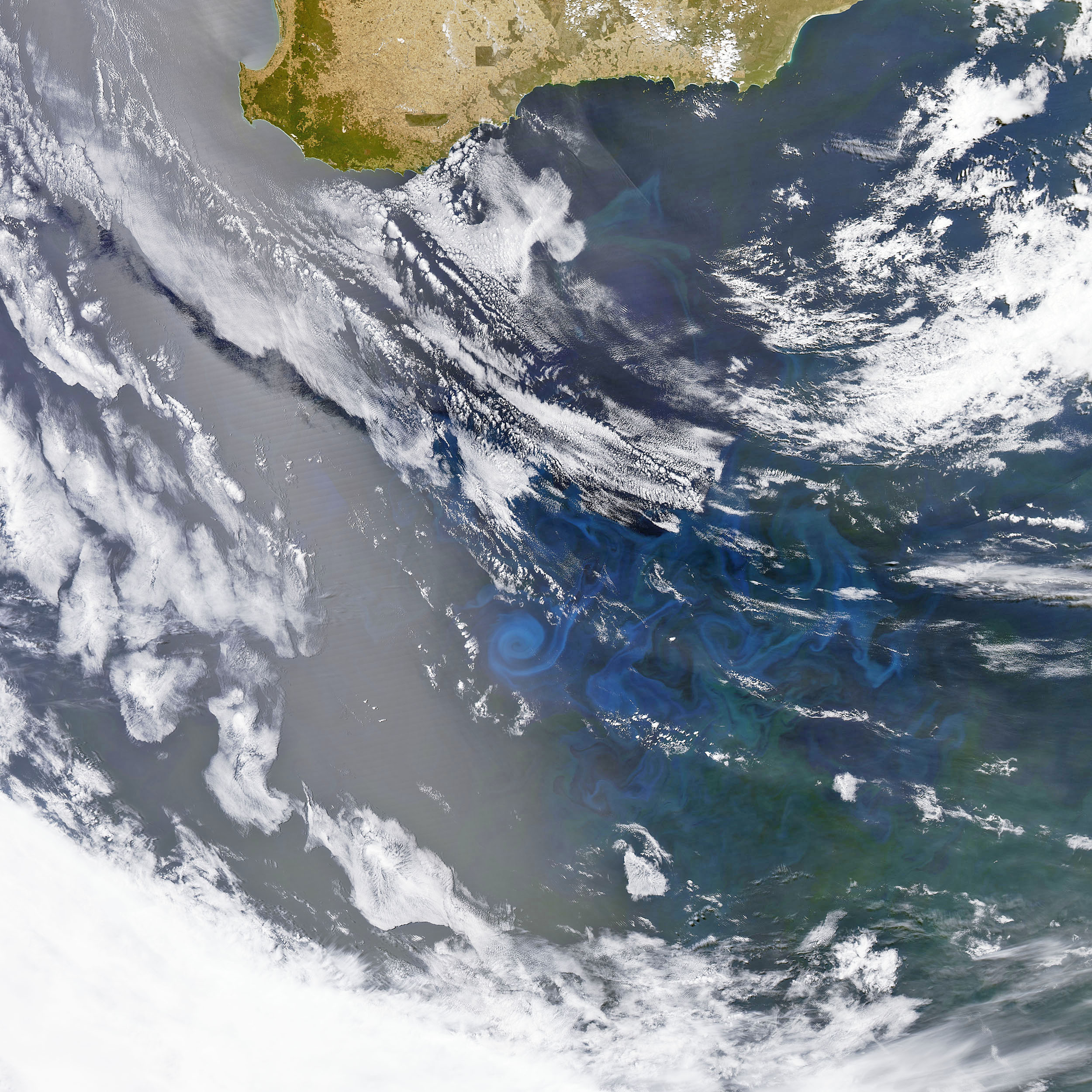 NASA’s Aqua satellite acquired this natural-color satellite image of a plankton bloom off of the Australian coast as it appeared at 1:05 p.m. local time on December 30, 2013. Spiral of plankton off the Australian Coast shown in image above you can see the beautiful colors inner lace

The coastline of Australia comprises the coasts of mainland Australia and Tasmania. It nominally includes a part of all Australian states and territories; the otherwise landlocked Australian Capital Territory has a coastal enclave at Jervis Bay Territory.
According to The World Factbook, Australia has the sixth longest coastline in the world.
Due to the historical context of European discovery and exploration, the coastline has been the first point of contact over 400 years.
In the IBRA bioregionalisation, the coast has 36 coastal bioregions that define the whole coast  and there is the more complex Integrated Marine and Coastal Regionalisation of Australia, which includes ecological features that are beyond the shoreline. NASA’S view. Also the different types of color swirling the coastline and the clouds over laying the top of the coast. Therefor the coastline is a huge part of the area surrounding it therefore the amounts of plankton covering shows the Spiral of plankton off the Australian Coast