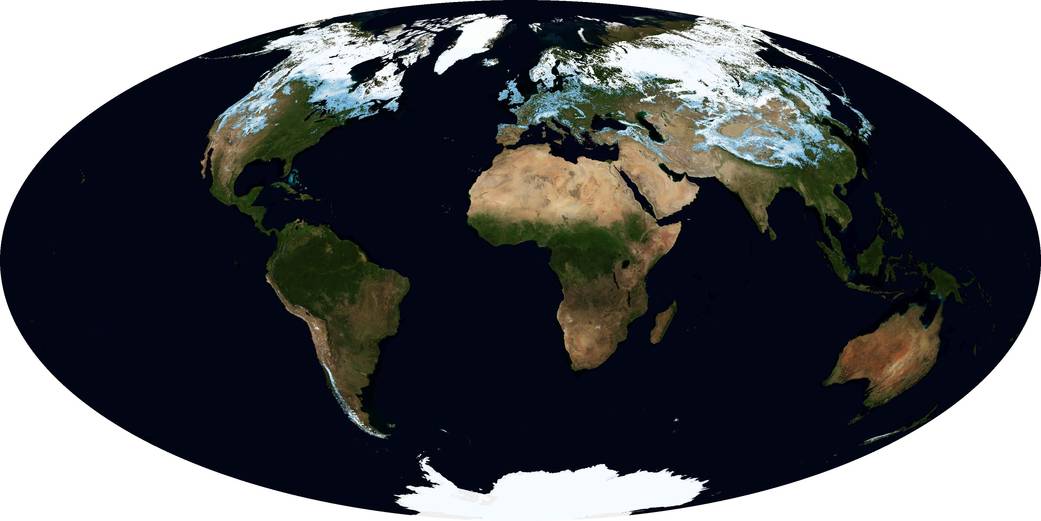 Terra Turns Ten: Snow, Clouds and Sunlight. NASA flies three large, multi-sensor satellites that monitor Earth’s land, atmosphere, oceans and energy balance. Because the instruments on each satellite take measurements at the same time from the same vantage point, scientists are able to compare observations and tease out connections between different parts of the Earth system. The first of the three satellites, Terra, launched ten years ago on Dec. 18, 1999. In thedecade since Terra launched, scientists have gained insight into the intricate connections that shape our planet’s climate. The relationship between snow, clouds, and sunlight is a good example.

In November, the chill and snow of a Northern Hemisphere winter is on the horizon. Snow covers the far north and high elevations, as shown in the map of percent snow cover in November 2009. White areas show where snow covers the ground completely, while blue points to areas with partial snow cover. At the peak of the northern winter, more than 40 percent of the Earth’s land will be covered in snow.

In addition to being an important, life-sustaining source of water, the snow also reflects sunlight, limiting the amount of heat the Earth absorbs from the sun. Also the climate control is changing.