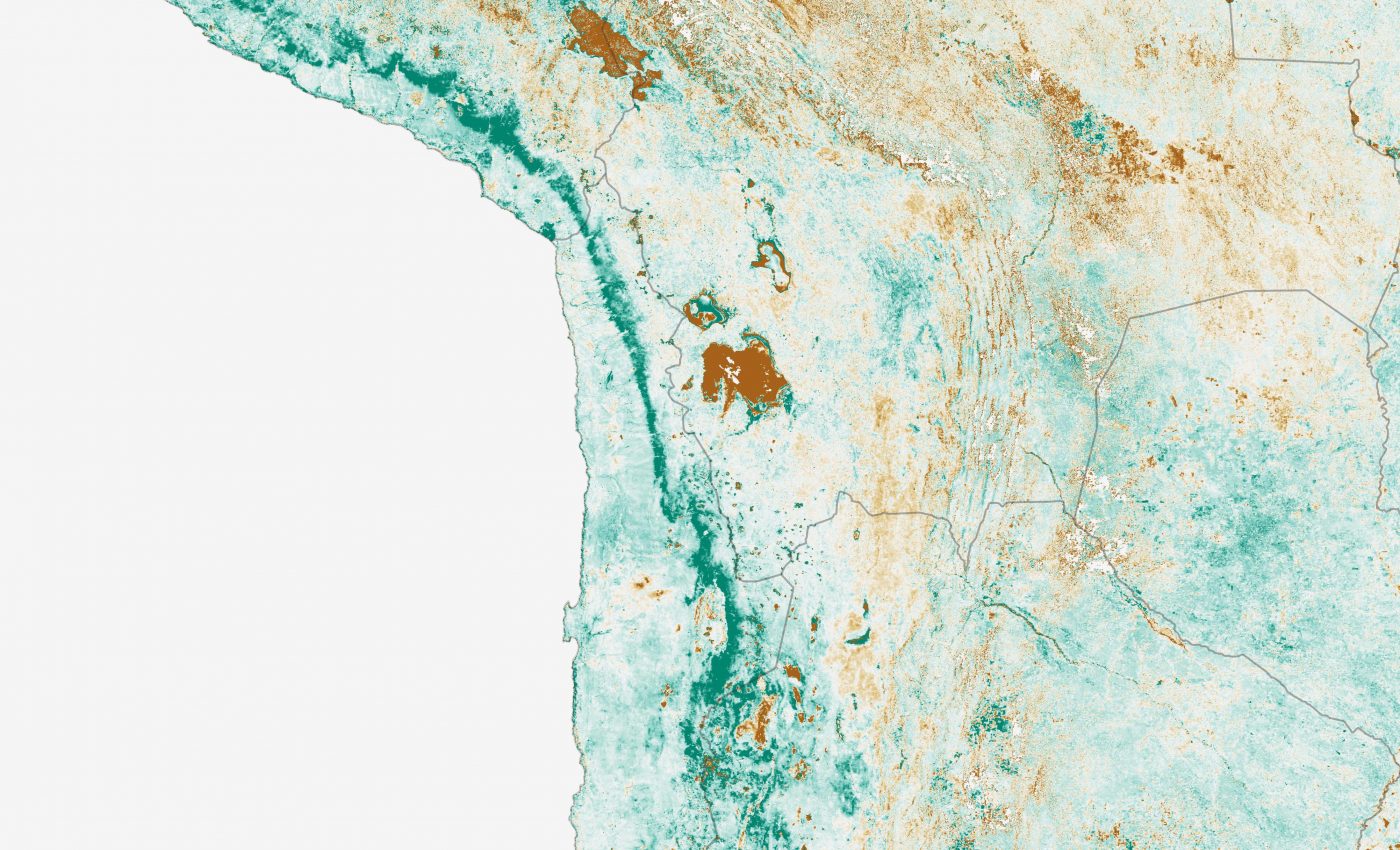 Today’s Image of the Day from NASA Earth Observatory features brightly colored vegetation that has appeared in the Atacama Desert in northern Chile.

Storms brought heavy rainfall to the foothills of the Andes mountains in January and February 2019.

The Atacama Desert, which is known for being one of the driest places in the world, was transformed by the heavy rainfall. By March, land that typically appears brown and barren was covered with wildflowers and other vegetation.

This image depicts the Normalized Difference Vegetation Index (NDVI), a measure of the health and greenness of vegetation based on data collected by the Moderate Resolution Imaging Spectroradiometer (MODIS) on NASA’s Terra satellite in April 2019.