The constant rise and shift of the Yellow River • Earth.com 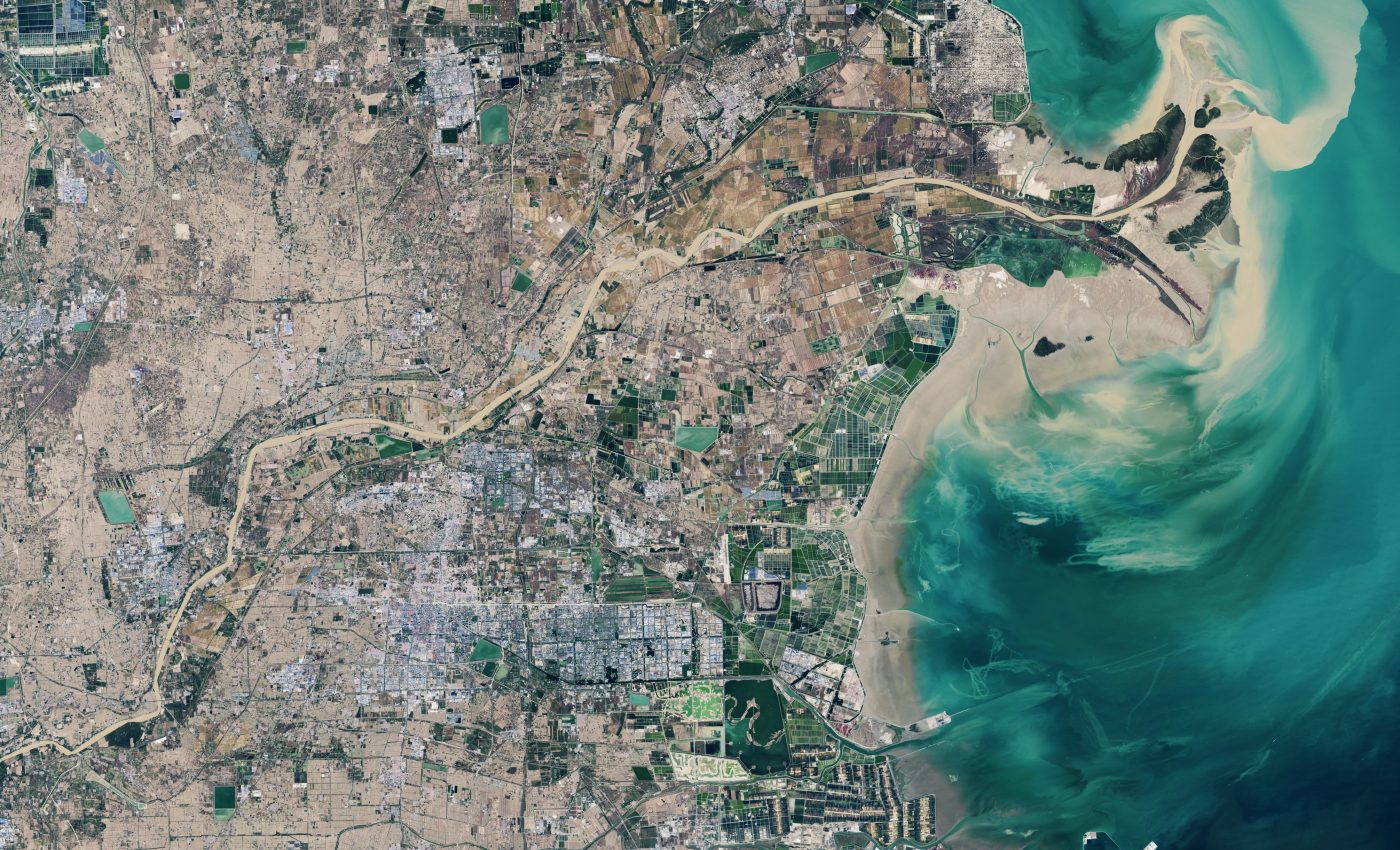 The constant rise and shift of the Yellow River Today’s Image of the Day from NASA Earth Observatory features the Huang He, or the Yellow River, which originates in the Bayankala Mountains in Qinghai Province in western China.

Each year, Huang He picks up and transports over 1.6 billion tons of yellow-tinted silt, which causes a constant rise and shift of the riverbed.

According to NASA, all the sediment means that few other rivers have a history of silting up, bursting through banks, and changing course as frequently. The Yellow River or Huang He is the second-longest river in China, after the Yangtze River, and the sixth-longest river system in the world at the estimated length of 5,464 km. Originating in the Bayan Har Mountains in Qinghai province of Western China, it flows through nine provinces, and it empties into the Bohai Sea near the city of Dongying in Shandong province. The Yellow River basin has an east–west extent of about 1,900 kilometers and a north–south extent of about 1,100 km. Its total drainage area is about 795,000 square kilometers.

The mouth of the river has shifted at least a dozen times since 1855, triggering devastating floods. The tail of the river also shifts back and forth over large distances.

The Yellow River is the sixth longest in the world, flowing across nearly 3,400 miles and dumping into the Bohai Sea.