The extreme terrain of Mauna Loa in Hawaii • Earth.com 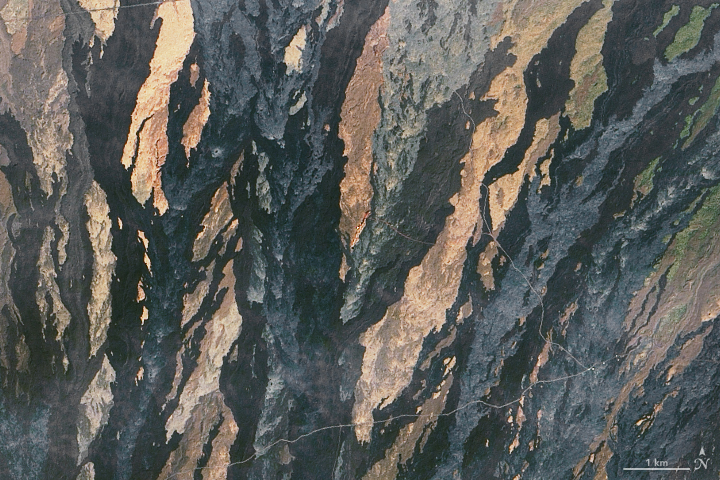 The region is so barren and remote that researchers with the Hawaii Space Exploration Analog and Simulation (HI-SEAS) mission are exploring the habitat to understand what it would be like to live on Mars.

The project was specifically designed to help scientists anticipate what astronauts on Mars would need to endure long periods of living in a cramped space.

The site is located on the northern slope of Mauna Loa at an abandoned quarry site around 8,000 feet above sea level.

This image was captured by the Operational Land Imager (OLI) on Landsat 8.