The Great Green Wall in Africa 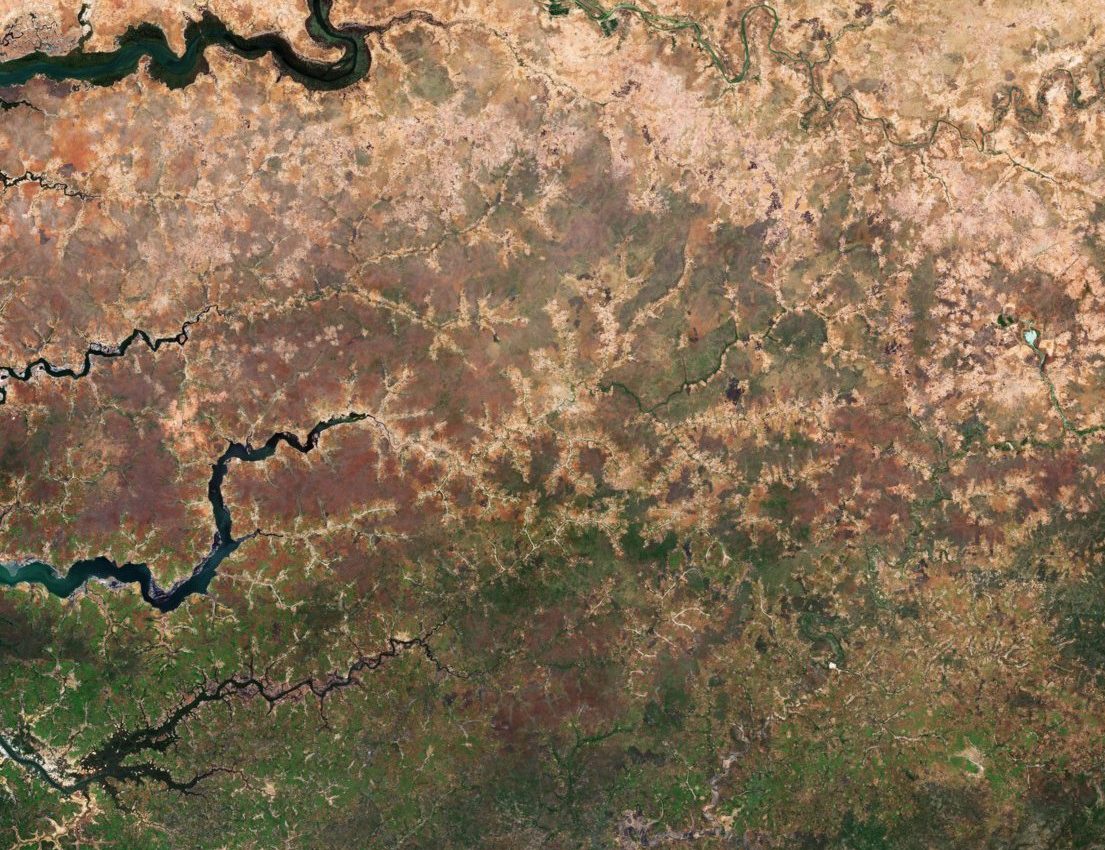 The Great Green Wall in Africa Today’s Image of the Day from the European Space Agency shows the progress of the Great Green Wall, a project which will transform the lives of millions of people by restoring degraded land in Africa.

The initiative aims to plant a line of trees along the border of the African desert, ultimately restoring 100 million hectares of land by 2030.

Once the project is complete, the wall of trees will be the largest living structure on the planet. It will stretch across 20 countries, sequester 250 million tons of carbon, and create 10 million green jobs.

Since 2007, almost 12 million trees have been planted and 25,000 hectares of land have been restored in Senegal alone.Africa is the world’s second-largest and second-most populous continent, after Asia. At about 30.3 million km2 (11.7 million square miles) including adjacent islands, it covers 6% of Earth’s total surface area and 20% of its land area. With 1.3 billion people as of 2018, it accounts for about 16% of the world’s human population. The continent is surrounded by the Mediterranean Sea to the north, the Isthmus of Suez and the Red Sea to the northeast, the Indian Ocean to the southeast and the Atlantic Ocean to the west. The continent includes Madagascar and various archipelagos. It contains 54 fully recognised sovereign states (countries), four territories and two de facto independent states with limited or no recognition. The majority of the continent and its countries are in the Northern Hemisphere, with a substantial portion and number of countries in the Southern Hemisphere.