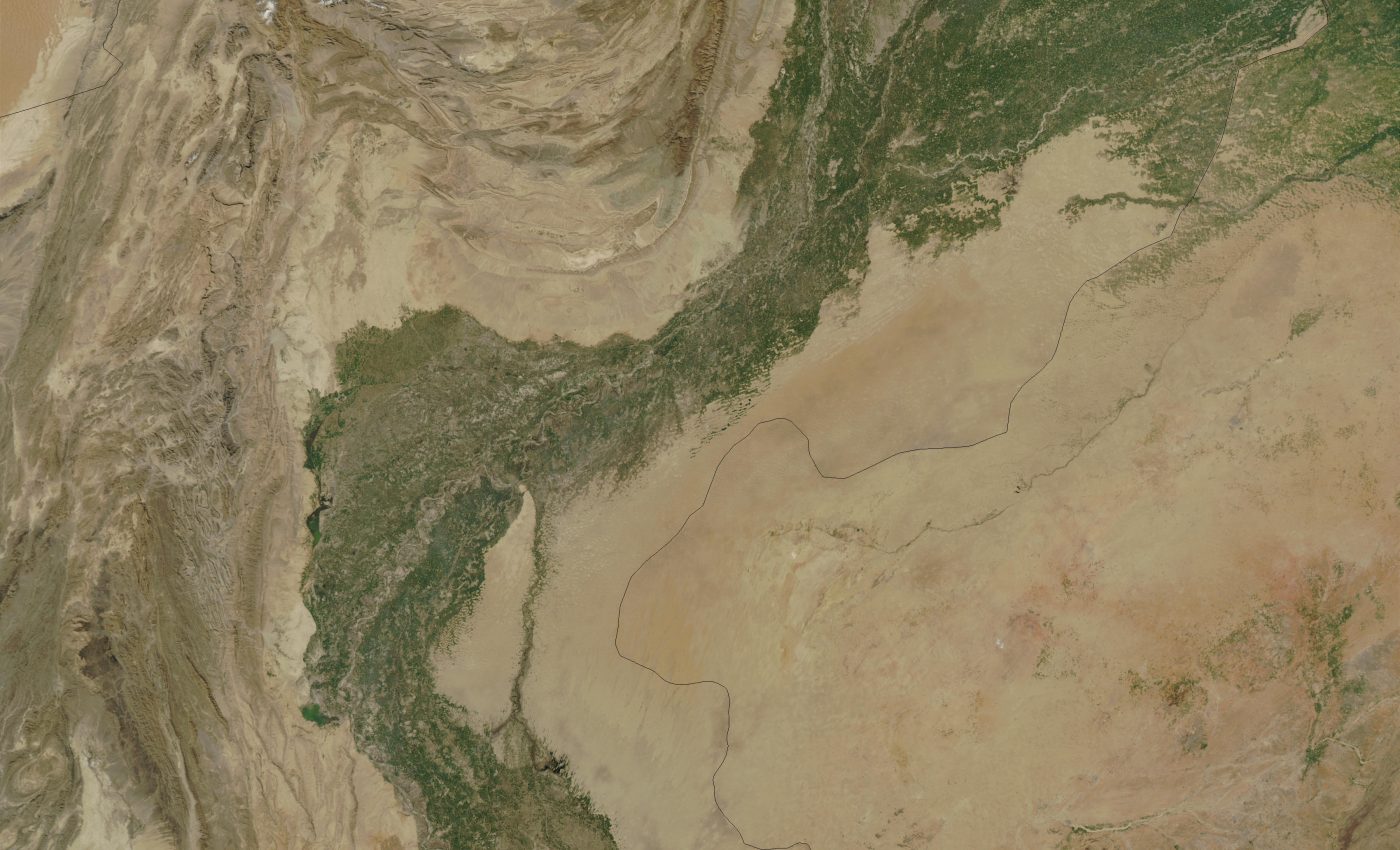 The Indus River has its roots in the Tibetan Himalayas, and is fed from melting snows from three major mountain ranges and five Indian rivers. The Indus River valley was the home of a great ancient civilization – the Indus Valley Civilization – that lasted for about a thousand years and at its height controlled more territory than ancient Egypt or Mesopotamia. Also The Indus River Valley, Pakistan is a very large area that has sand and flat desert like weather and landscape.

In the false-color image, black represents water, while vegetation appears bright green, and the arid mountains and plains appear shades of tan and orange. Turquoise-blue represents high-level ice clouds that are difficult to see in the true-color image. These images were acquired on February 5, 2003, by the Moderate Resolution Imaging Spectroradiometer (MODIS) aboard the Aqua satellite. Although the river is lush with its vegetation the river has apart in that.