The island of Hainan in the South China Sea • Earth.com 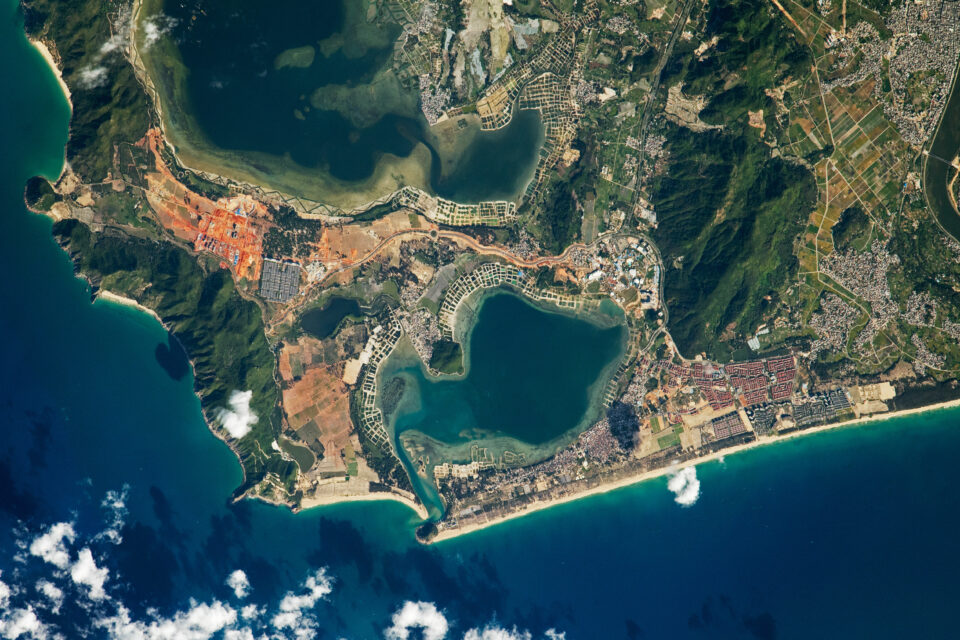 Today’s Image of the Day from NASA Earth Observatory features the island of Hainan, China’s southernmost province, in the South China Sea.

According to NASA, the photograph focuses on the landscape around Gangmen Harbor and captures many typical characteristics of Hainan: forested mountain terrain juxtaposed with dense populations.

With tropical beaches along its shoreline, the island spans approximately 1,300 square miles. Floating fishing villages can be found in the shallow waters of the inner bays.

China is a leading country when it comes to wild catch, and also produces about 60 percent of the world’s farmed fish such as carp and tilapia. Aquaculture sites are often paired with fishing ports for sufficient transport.

The photograph was captured by an astronaut onboard the International Space Station (ISS),