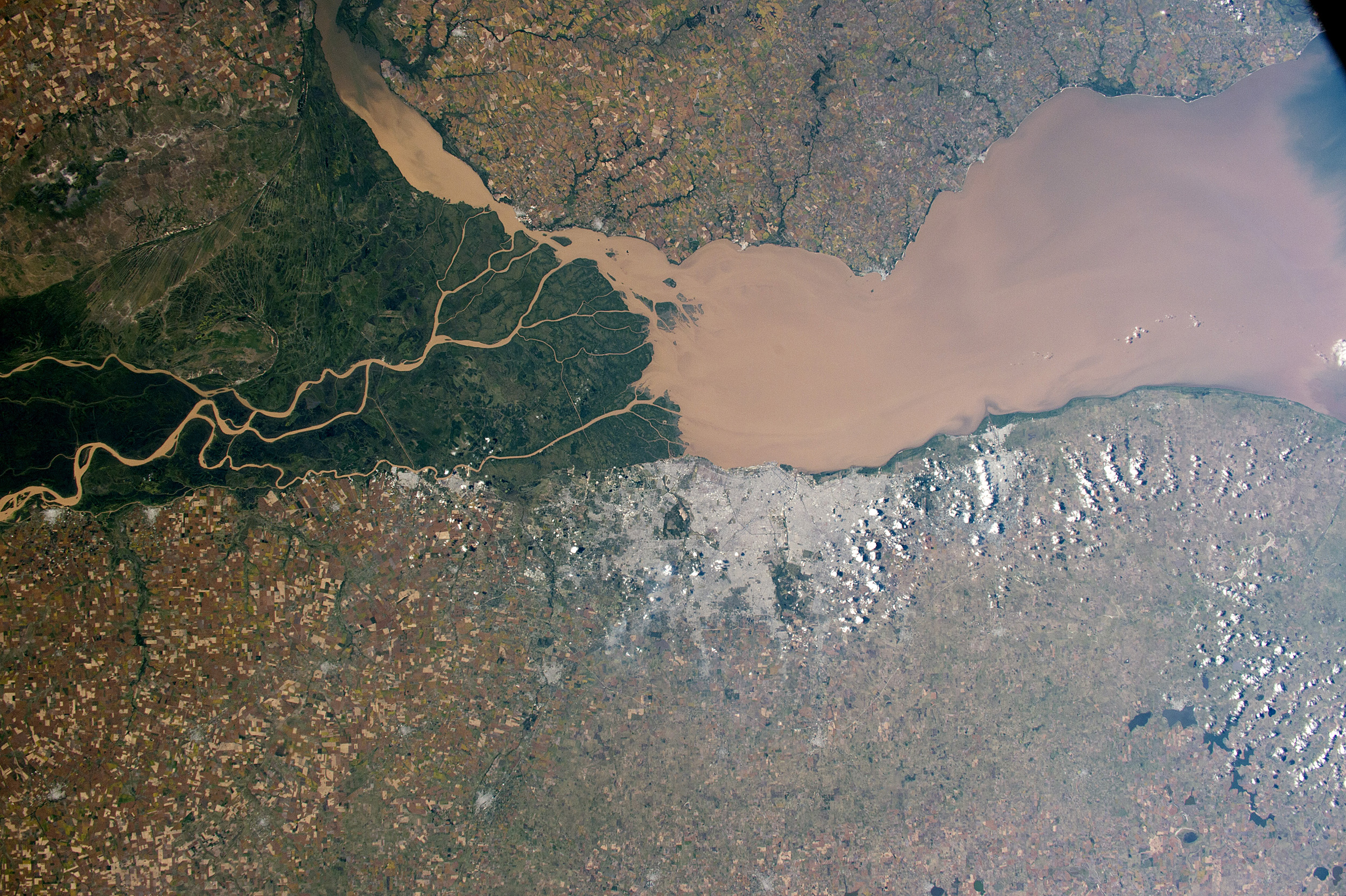 The Paraná River: Good Air And Brown Water. This photograph was taken as astronauts on the International Space Station flew over the delta and green swamps of the Paraná River on the Atlantic coast of Argentina. The Paraná, South America’s second largest river after the Amazon, pours muddy water into a wide estuary known as the Plata River.

The gray mass of Argentina’s capital city, Buenos Aires (metro population of 12.7 million in 2010), is less prominent when viewed from space, although astronauts quickly attune their eyes to the subtle signature of cityscapes. Numerous small farm plots on red soils surround the delta and city.

The muddy, brown Paraná originates in the Andes Mountains. The river mirrors the Amazon, which is also turbid and arises in the Andes. In this image, tidal backwash transports muddy water a short distance upstream into the smaller Uruguay River.The Paraná River (Spanish: Río Paraná Spanish pronunciation: [ˈri.o paɾaˈna] (listen), Portuguese: Rio Paraná, Guarani: Ysyry Parana) is a river in south Central South America, running through Brazil, Paraguay, and Argentina for some 4,880 kilometres (3,030 mi). It is second in length only to the Amazon River among South American rivers. The name Paraná is an abbreviation of the phrase “para rehe onáva”, which comes from the Tupi language and means “like the sea” (that is, “as big as the sea”).[citation needed] It merges first with the Paraguay River and then farther downstream with the Uruguay River to form the Río de la Plata and empties into the Atlantic Ocean.

The first European to go up the Paraná River was the Venetian explorer Sebastian Cabot, in 1526, while working for Spain.