The peak of high tide in Broad Sound, Australia • Earth.com

The peak of high tide in Broad Sound, Australia 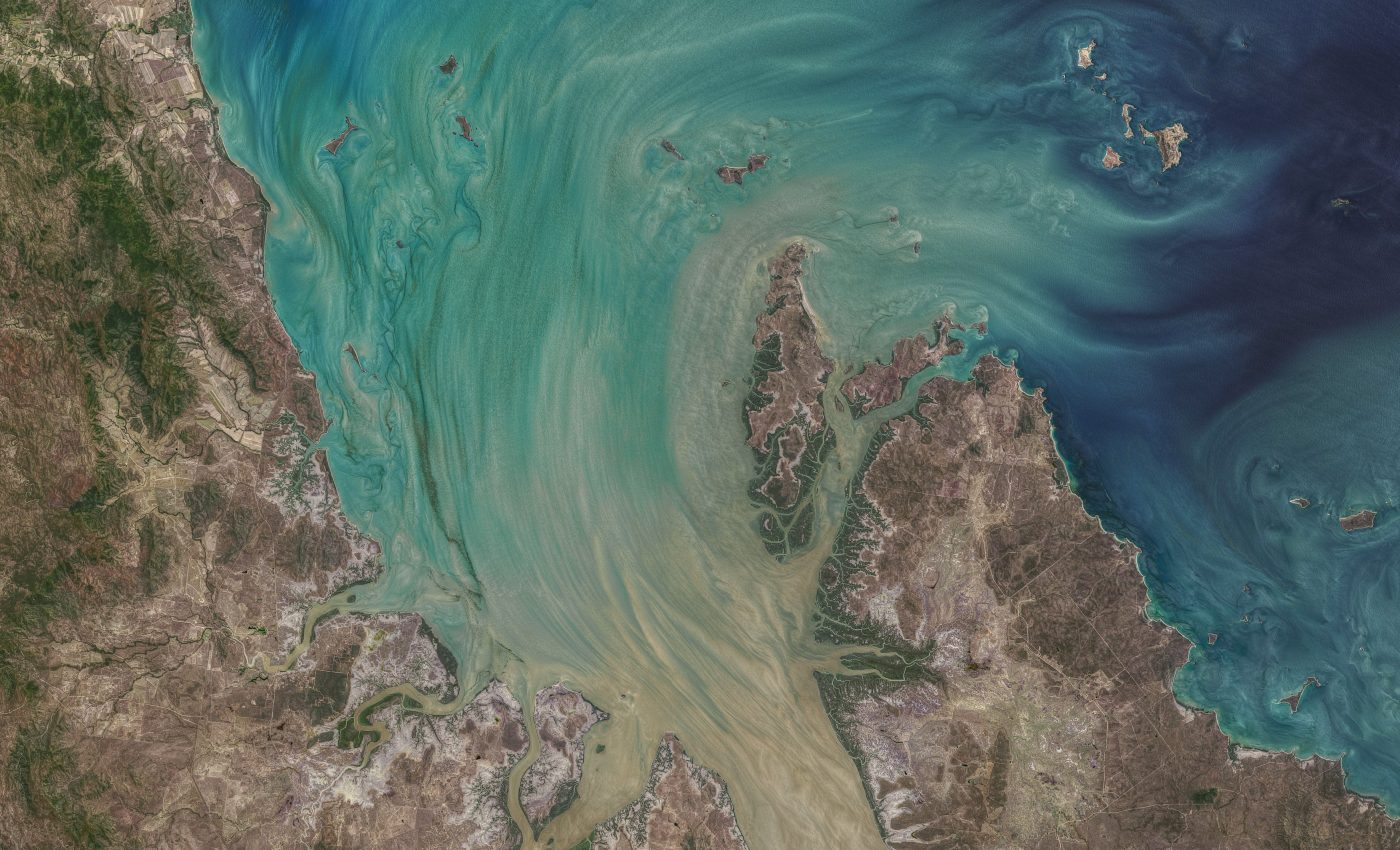 The peak of high tide in Broad Sound, Australia. Today’s Image of the Day from NASA Earth Observatory features Broad Sound, a large bay located in Queensland on the eastern coast of Australia.

Along the world’s coastline, tides usually fluctuate by no more than two meters. But in Broad Sound, located near the southern end of the Great Barrier Reef, the daily high tide may reach as high as ten meters above the average low tide. The peak of high tide in Broad Sound, Australia

The tides in Broad Sound are influenced by the shape of the bay and the shallow waters of the reef.

The image, captured by the Operational Land Imager (OLI) on the Landsat 8 satellite, shows the bay area around 10 a.m. on October 29, 2020, as the high tide crested under the gravitational pull of the Moon.

According to NASA, the bay contains 48 islands, which are all part of Broad Sound Islands National Park.Indigenous Australians inhabited the continent for about 65,000 years prior to the first arrival of Dutch explorers in the early 17th century, who named it New Holland. In 1770, Australia’s eastern half was claimed by Great Britain and initially settled through penal transportation to the colony of New South Wales from 26 January 1788, a date which became Australia’s national day. The population grew steadily in subsequent decades, and by the time of an 1850s gold rush, most of the continent had been explored by European settlers and an additional five self-governing crown colonies established. On 1 January 1901, the six colonies federated, forming the Commonwealth of Australia. Australia has since maintained a stable liberal democratic political system that functions as a federal parliamentary constitutional monarchy, comprising six states and ten territories.