The population of Quito has exploded in size • Earth.com

The population of Quito has exploded in size 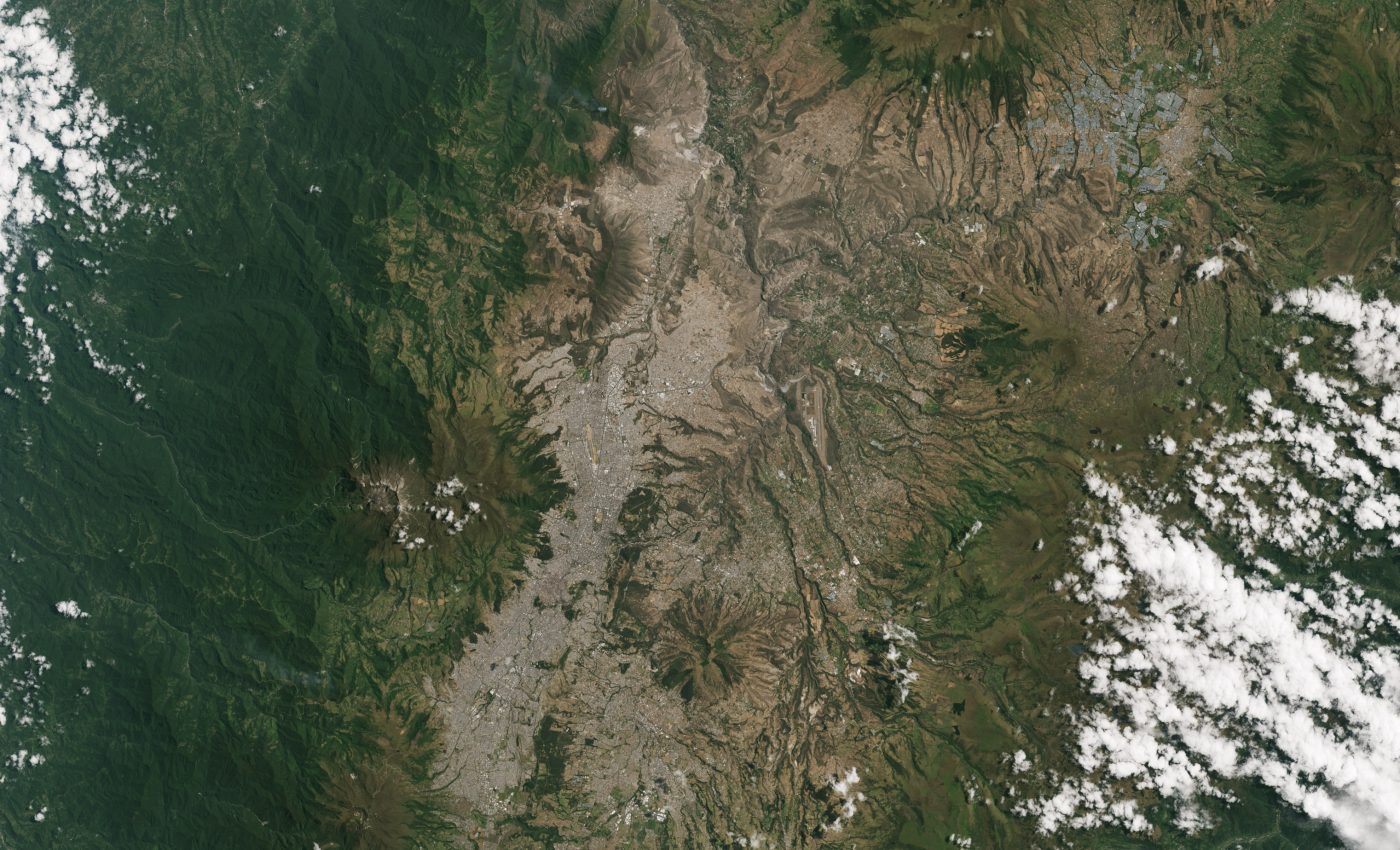 The population of Quito has exploded in size Today’s Image of the Day from NASA Earth Observatory shows Quito, the capital of Ecuador, which is located in the foothills of the active volcano Pichincha.

Quito is a modern city that was once a crossroads for trade routes through the Andes, the capital of the Incan empire, and a 16th century Spanish colony.

The city now has about two million residents, and exploded in size annually by 3.8 percent from 2000 to 2013.

In 2008, the city was designated as the headquarters of the Union of South American Nations.
The historic centre of Quito is one of the largest, least-altered and best-preserved in the Americas.[ Quito and Kraków, Poland, were the first World Cultural Heritage Sites declared by UNESCO, in 1978. The central square of Quito is located about 25 kilometres (16 mi) south of the equator; the city itself extends to within about 1 kilometre (0.62 mi) of zero latitude. A monument and museum marking the general location of the equator is known locally as la mitad del mundo (the middle of the world), to avoid confusion, as the word Ecuador is Spanish for equator