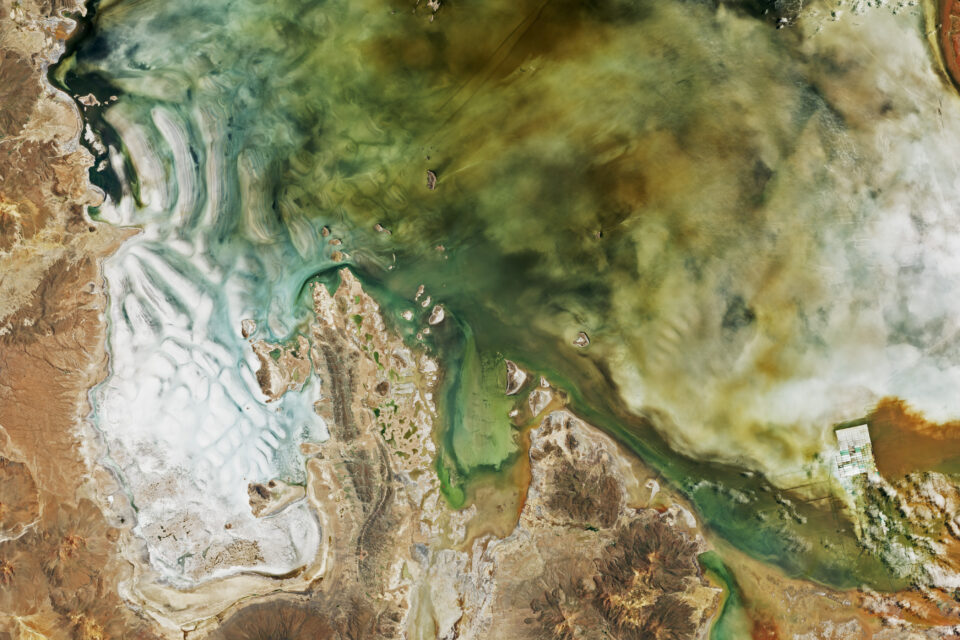 Today’s Image of the Day from NASA Earth Observatory features Bolivia’s Salar de Uyuni, the largest salt flat in the world. The unique landscape draws many tourists who come to see the salty crust in the dry season and the lakes in the wet season.

“For much of the year, it stretches out in a seemingly endless expanse of white, with a salt crust covering 10,000 square kilometers,” reports NASA.

“During the rainy season, water can fill part of the salt flat and give it a stunning, mirror-like appearance. In early 2022, that watery mirror grew larger and lingered longer than it has in several years.”

In recent months, abundant rainfall filled the Salar de Uyuni to the point of nearly overflowing. In some areas, there were local reports of flooding.

“The extent of the filling of Salar de Uyuni this year is above normal. The rainy season started earlier than previous years, and rainfall was well above average over the southern Altiplano,” said hydrologist Jorge Molina Carpio of the Universidad Mayor de San Andrés. “This was probably related to the onset of a significant La Niña event. Strong La Niñas during the rainy season are related to positive rainfall anomalies in the southern Altiplano.”

“Along the Altiplano, but especially in its southwestern edge, precipitation is largely concentrated in austral summer, when transient periods of intense convection are fueled by moisture from the Bolivian lowlands and Amazon basin. The rest of the year is bone dry,” explained René Garreaud, a climate scientist at the University of Chile. “The stronger and more persistent the easterly wind, the more precipitation you get over the Altiplano.”

According to Garreaud, there was a strong easterly flow over the central Andes in December 2021 and early January 2022, leading to abundant rain in the Uyuni-Potosi region.

“This area is a closed basin, so all of the precipitation – as rain at the valley floor and snow over the surrounding peaks – contributes to the filling of the Uyuni and Coipasa dry lakes.”