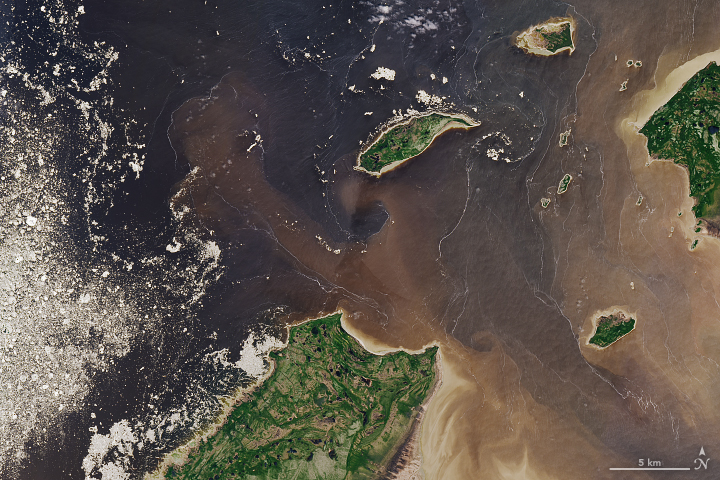 The unique water color of Rupert Bay. Today’s Image of the Day from NASA Earth Observatory shows what happens when the river meets seawater in Rupert Bay, Quebec.

From space, the view of fresh river water colliding with the ocean looks incredible. It is colored by sediment and dissolved organic matter from the runoff of nearby peatlands.

This image was captured by the Operational Land Imager (OLI) on Landsat 8 on June 9, 2018.

Rupert Bay is a large bay located on the south-east shore of James Bay, in Canada. Although the coast is part of the province of Quebec, the waters of the bay are under jurisdiction of Nunavut Territory. The unique water color of Rupert Bay has gorgeous colors streaming through it.

Quebec is the second-most populous province of Canada, after Ontario. It is the only one to have a predominantly French-speaking population, with French as the sole provincial official language. Most inhabitants live in urban areas near the Saint Lawrence River between Montreal and Quebec City, the capital. Approximately half of Quebec residents live in the Greater Montreal Area, including the Island of Montreal. English-speaking communities and English-language institutions are concentrated in the west of the island of Montreal but are also significantly present in the Outaouais, Eastern Townships, and Gaspé regions. The Nord-du-Québec region, occupying the northern half of the province, is sparsely populated and inhabited primarily by Aboriginal peoples.