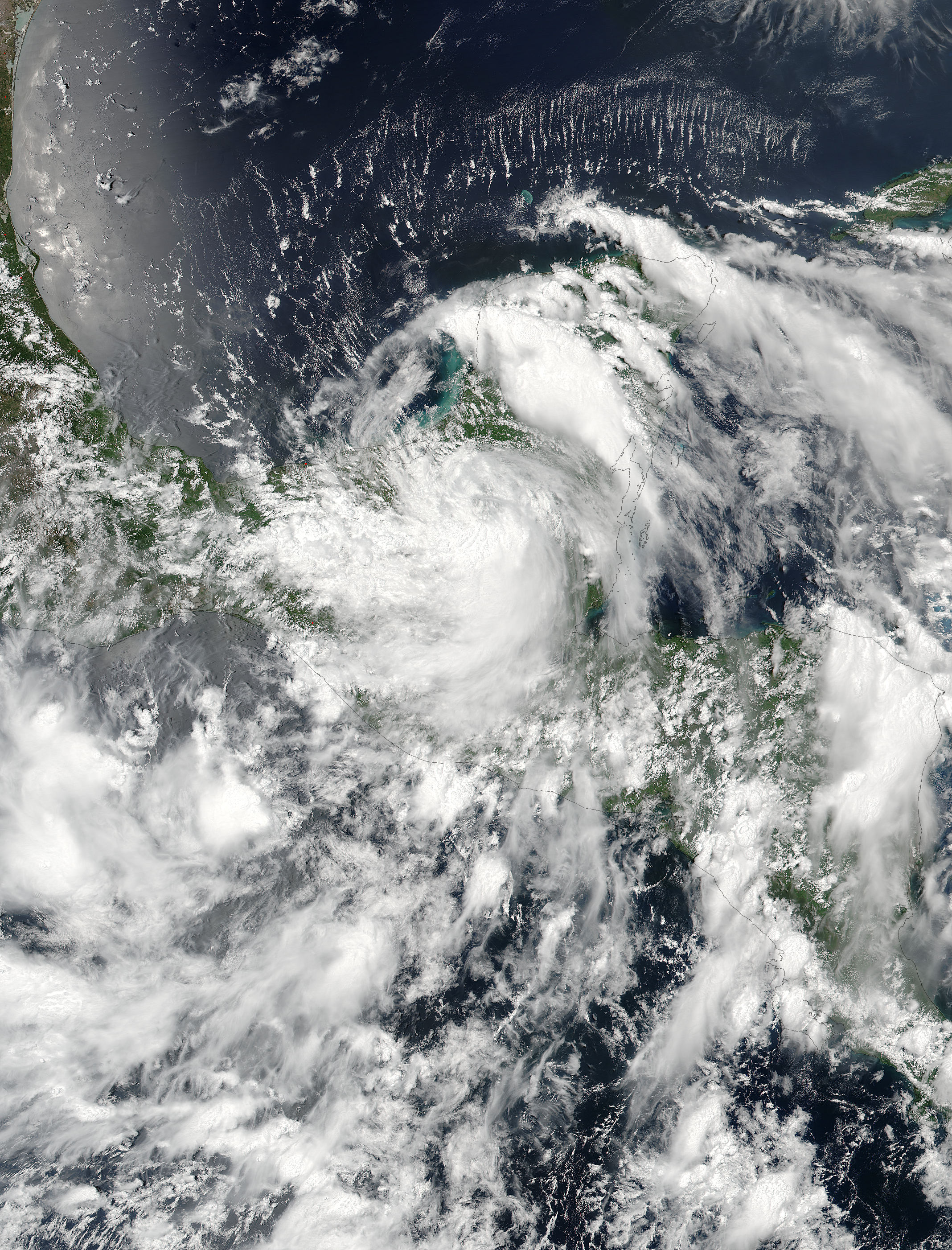 Tropical Storm Earl passes over Mexico. On Aug. 4 at 3:30 p.m. EDT (19:30 UTC) the Visible Infrared Imaging Radiometer Suite (VIIRS) instrument aboard NASA-NOAA’s Suomi NPP satellite captured a visible-light image of Earl over the Yucatan. The VIIRS image showed that Earl still had thunderstorms around its center of circulation, but bands of thunderstorms around the center were fragmented.

On Aug. 5 a tropical storm warning is in effect for Ciudad del Carmen westward to Laguna Verde, Mexico, as Earl was hugging the coast of the Bay of Campeche.

Earl is moving toward the west-northwest at near 12 mph (19 kph). The National Hurricane Center forecasts a turn toward the west and a decrease in forward speed later today (Aug. 5). On the forecast track, the center of Earl will be moving near the coast along the extreme southern Bay of Campeche today and tonight. Earl will then move into southeastern mainland Mexico on Saturday, Aug. 6. Also Tropical Storm Earl passes over Mexico

Maximum sustained winds remain near 40 mph (65 kph) with higher gusts. Little change in strength is likely today or tonight, with weakening expected on Saturday when Earl moves into mainland Mexico.