On September 4, 2002, Typhoon Sinlaku passed directly above the Japan’s Okinawan island chain, generating winds of 145 kph (90 mph) and torrential rains. The typhoon knocked out electricity to tens of thousands of homes, injured 25 residents, and possibly killed five Filipino sailors. Currently, the typhoon is making its way toward Taiwan, packing sustained winds of 104 miles (167 kilometers) per hour. Taiwanese residents are shoring up their houses with sand bags and pulling their boats out of the water.

In this Aqua MODIS image, Typhoon Sinlaku is quickly moving westward into the East China Sea from the Western Pacific Ocean, just south of Japan. Sinlaku peaked on September 1st as a Category 4 hurricane with sustained winds of 115 knots (1 knot = 1.15 mph), and by the time this image was acquired had benn downgraded to a Category 2 storm. Forecasters expect to downgrade Sinlaku to tropical storm status by September 7th.

Also prominent in this image is a large amount of pollution in the air over China (top left), the Yellow Sea (between China and the Koreas), North and South Korea (top center), and edging into the Sea of Japan (top right). The pollution shows up as a thick haze obscuring the features of land and water and is likely due to dense urban areas and industrial activities. 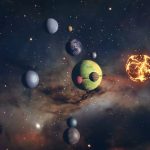 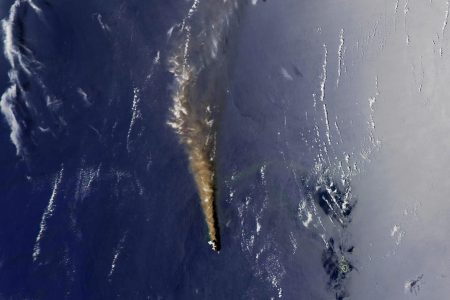