Unseasonable Flooding On The Mississippi River 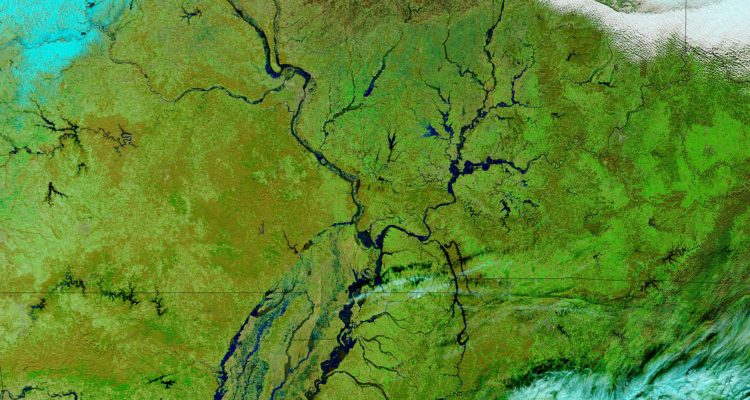 More than a week after heavy rains swamped parts of Missouri and Illinois in December 2015, communities along the Mississippi River are facing severe flooding. The rainfall between December 26–28 dropped at least 6 inches on many communities in an area 50 to 75 miles (80 to 120 kilometers) wide. Some areas saw more than 10 inches (25 centimeters).

On January 1, 2016, the Mississippi River crested at its third highest level on record for St. Louis. By January 2, the surge of water caused the highest flood on record at Cape Girardeau and Thebes, south of St. Louis. At Cape Girardeau, water levels peaked at 48.86 feet (14.89 meters). Above 32 feet is considered flood stage; above 42 feet is major flooding. The previous record was 48.50 feet.

The floodwaters have breached levees in several locations. The most notable breach occurred near Miller City, Illinois, near the confluence of the Mississippi and Ohio rivers. The flood threatened the homes of about 500 people in Olive Branch, Hodges Park, and Unity—nearby towns in Illinois.

On January 3, 2016, the Moderate Resolution Imaging Spectroradiometer (MODIS) on NASA’s Terra satellite acquired this image of flooding along the Mississippi River. For comparison, the second image shows conditions under more typical conditions a year ago on January 10, 2015. The images are composed with false color using a combination of infrared and visible light (MODIS bands 7-2-1). Flood waters appear blue; vegetation is green; and bare ground is brown.